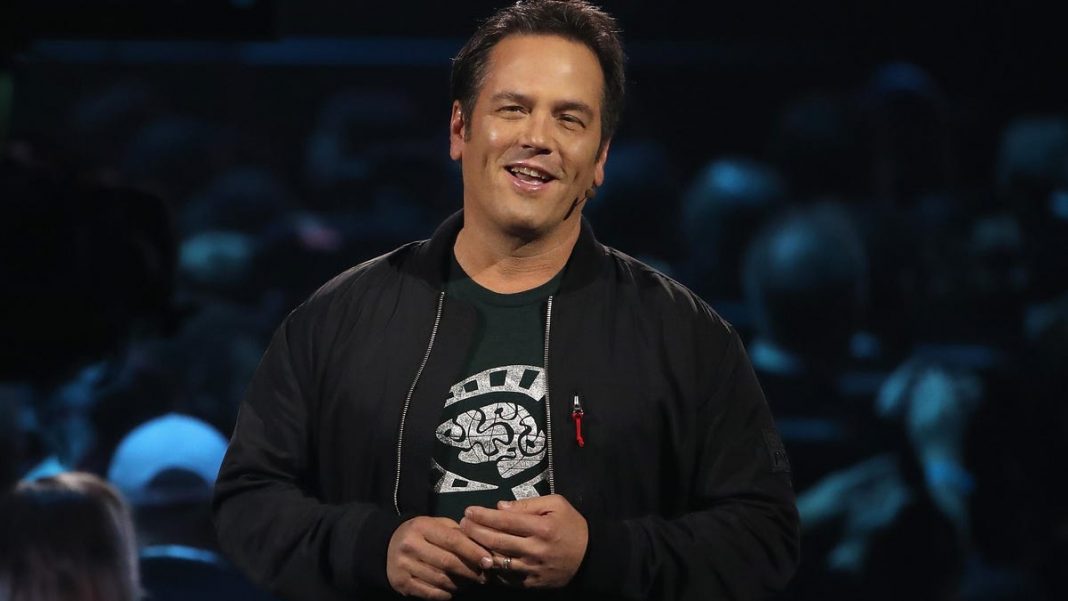 Microsoft Gaming CEO Phil Spencer juxtaposed the joys of gaming with the current sense of despair in the world after accepting the Andrew Yoon Legend Award at the 12th Annual New York Game Awards on Tuesday night. He also applauded creators who still release “their visions” into the world in the “current culture of criticism and cancellation,” a loaded line at a time when debates are raging about the ethics of boycotting certain games like Hogwarts Legacy.

“As world builders our greatest responsibility is to inspire and invite joy,” Spencer said. The veteran executive who spearheaded many of Microsoft’s gaming acquisitions from Minecraft to Bethesda, spoke about what games meant to him growing up, and about the increasing difficulty of tapping back into that in the modern world. “It feels like today seeking joy is an act of defiance,” he said.

We, all of us here today, all of our teams around the globe, we are all a part of creating this echo effect of joy. Our creators who bravely and intentionally release their visions to the world, particularly in the current culture of criticism and cancellation; our players who bravely and intentionally carve out time for our games to invite, rest, and rejuvenate their lives; and business leaders. We are called upon to have the courage to protect and nurture this collective joy.

While the Microsoft Gaming CEO has been an outspoken advocate for making Xbox a more diverse and inclusive force in the world of gaming, the line about our “current culture of criticism and cancellation” could be interpreted as an “anti-woke” dog whistle, and strikes an unusual note at a time when increasing numbers of developers and players expect game companies to be held accountable for their political views and ethical shortcomings.

Just last month, Microsoft was in promotion mode for Justin Roiland and Squanch Games’ comedy shooter High on Life. The company even interviewed Roiland and later hailed the game as the biggest Game Pass launch of the year. Last week, however, it was revealed that the Rick and Morty co-creator was facing two felony domestic abuse charges from 2020, and that Squanch Games had settled a sexual harassment lawsuit a year prior in 2019.

The “culture of cancellation” could just as easily apply to the debate currently unfolding among some players and content creators as to whether they can support transgender rights and still buy Hogwarts Legacy. Despite J.K. Rowling, who is currently waging a crusade against trans women, having no involvement in the game, the author still collects royalties off the license and is impossible to disentangle from the larger Harry Potter brand.

One of the game’s voice actors, Sebastian Croft, recently apologized to anyone hurt by the announcement of his involvement in the game. The game’s developers at Avalanche Software have also sought to distance themselves from Rowling, and included a transgender option in the character creator. The studio also parted ways with one developer over his YouTube videos containing support for GamerGate and other controversial views.

It’s not clear if Spencer meant to take issue with people holding game creators guilty by association in some instances, to imply that game creators are sometimes subject to unfair and bad faith criticisms, or if he was referencing how easily developers become targets for harassment by so-called fans and players.

Microsoft also won’t be the only company to indirectly profit off Rowling’s work with Hogwarts Legacy. The game will be available on PlayStation, Nintendo Switch, and PC as well. Microsoft did not immediately respond to a request for comment.