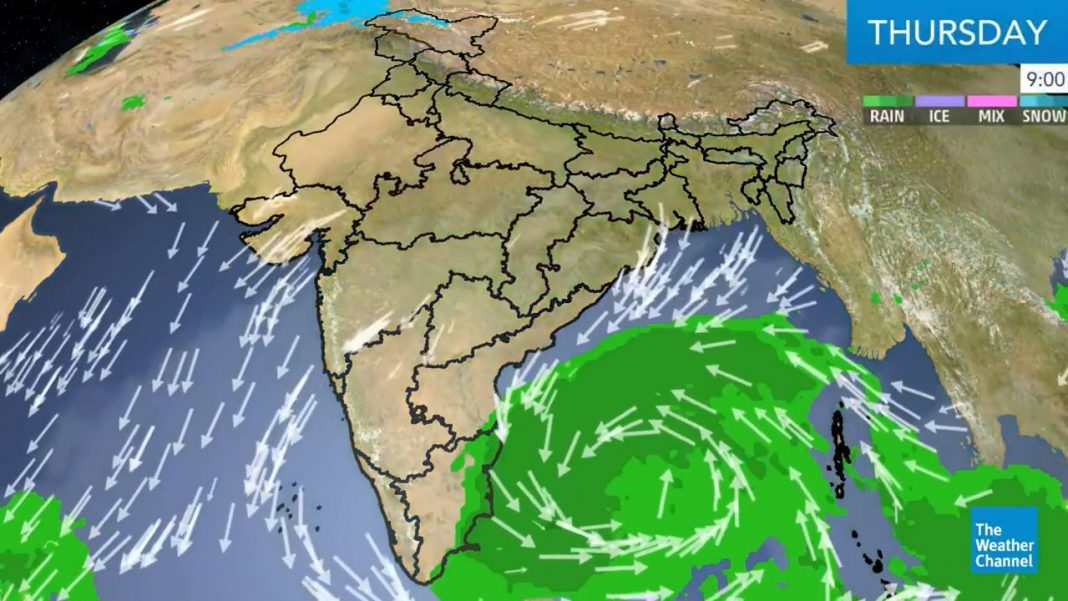 It is expected to move west-northwestwards and cross the North Tamil Nadu, Puducherry and adjoining South Andhra Pradesh coasts around midnight of December 9.

The above system is predicted to bring widespread light to moderate rains with heavy to very heavy rainfall at isolated places over Coastal Tamil Nadu, Puducherry, and Karaikal and isolated heavy falls over adjoining areas of south coastal Andhra Pradesh and Rayalaseema on December 8.

The rainfall intensity is expected to come down on December 10, with light to moderate rains at most places, along with heavy to very heavy rainfall at isolated places over North Tamil Nadu, Rayalaseema and South Andhra Pradesh.

Meanwhile, a fresh western disturbance is likely to produce isolated to scattered light/moderate rainfall or snowfall over Jammu and Kashmir, Ladakh and Himachal Pradesh from December 8 to December 11.

As for the mercury levels, the maximum temperatures will be higher than usual over much of the North East, at least until late December.