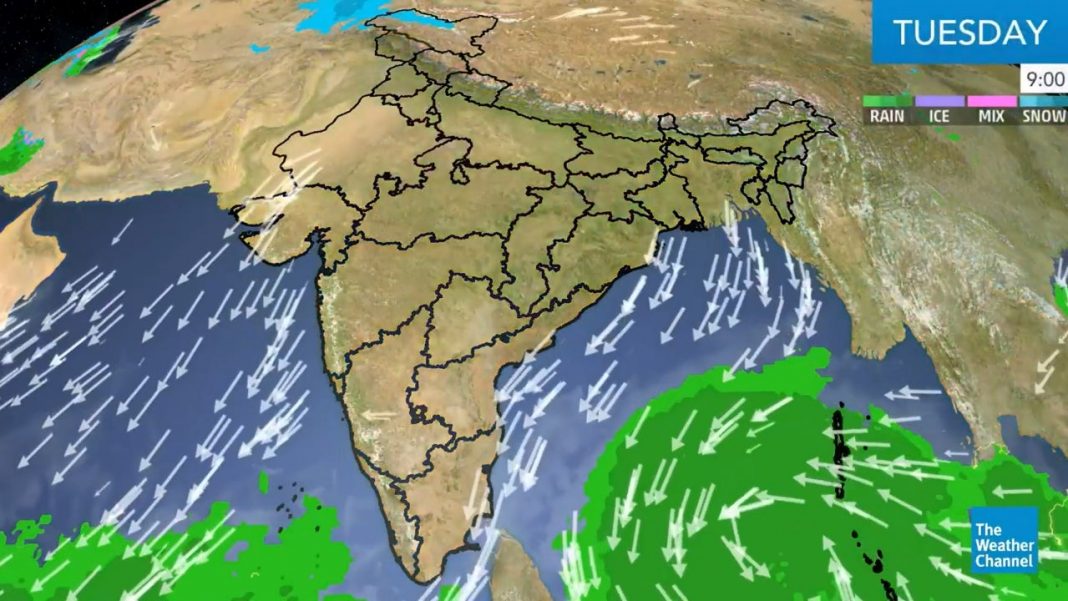 Thereafter, it is likely to continue to move west-northwestwards, intensify further into a Cyclonic Storm and reach the Southwest Bay of Bengal near north Tamil Nadu-Puducherry and the adjoining south Andhra Pradesh coasts by the morning of December 8.

Under the influence of the above systems, heavy rainfall is very likely over Andaman and Nicobar Islands on December 6.

Finally, a fresh feeble western disturbance is likely to affect the Western Himalayan Region from the night of December 07.

As for the mercury levels, the maximum temperatures will be higher than normal over much of the North East, at least until late December.