The Last Glacial Maximum (LGM) was the most recent time in Earth’s history when the ice sheets were at their greatest extent, with the decline starting somewhere around 15,000-14,000 years ago. At the end of the Ice Age in Britain, the geographical territory we associate with it today was divided into genetically and culturally distinct tribes, with altogether different tastes.

Two thirds of Britain had been under glaciers during the  Ice Age , making a majority of the country uninhabitable. The last Ice Age had begun 30,000 years ago, a global cooling event in the northern hemisphere that caused ginormous icesheets to be created all over the world. However, 20,000 years ago a pronounced warming started opening up previously uninhabitable regions, including Britain. This is evidenced by some of the oldest remains found in  Britain over six different sites.

“There are very few human remains of this age in Britain; perhaps around a dozen individuals from six sites,” said Dr Sophy Charlton, lecturer in Bioarchaeology at the University of York. This is an important time period for the environment in Britain, as there would have been significant  climate warming , increases in the amount of forest, and changes in the type of animals available to hunt,” she added as the lead author on this study.

The Somerset Group and the Welsh Group

The finds of this fascinating new study have been published in the journal  Nature Ecology and Evolution , with Charlton and her colleagues analyzing the ‘Somerset Group’ and the ‘Welsh Group’. The former made its home at Gough’s Cave in Somerset, with their origins in southern France or northwest Spain, though they had set up home in Britain 15,000 years ago.

The latter made its home at Kendrick’s Cave in  Llandudno, Wales arriving from the near east roughly 13,500 years ago. Their diet was predominantly marine based consisting of fish and  shellfish. The Somerset group, on the other hand ate red deer, wild cattle, and horses. Different ancestries, diets, cultures and funerary practices were definitely present in Britain by the end of the last Ice Age. 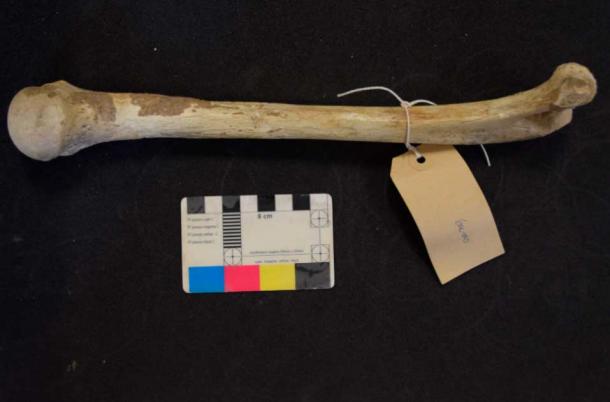 Dr Rhiannon Stevens, Associate Professor of Archaeological Science at University College London’s Institute of Archaeology added, “Chemical analyses of the bones showed that the individuals from Kendrick’s Cave ate a lot of marine and freshwater foods, including large marine mammals. Humans at Gough’s Cave, however, showed no evidence of eating marine and freshwater foods, and primarily ate terrestrial herbivores such as red deer, bovids such as wild cattle called  aurochs and horse.”

In addition, it was found that they brought a distinct culture of stone tools, bone artifacts, cave art, and potentially cannibal ritual practices. This was evidenced by human skulls used as drinking cups at the site. Gough’s Cave is famous for having housed the ‘Cheddar Man’, an individual who lived 10,000 years ago – a typical member of the Western-European hunter-gatherer population at the time. 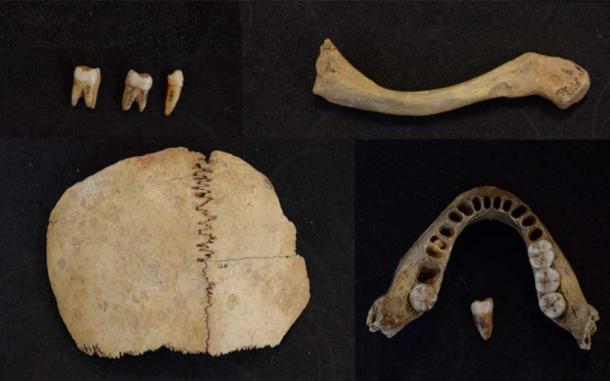 Human teeth, jaw, and other remains from Kendrick’s Cave dated to approximately 13,600 year ago. DNA was analysed from this individual (R. Stevens /  Nature)

What Did the Early Populations Constitute?

Dr. Selina Brace is a Principal Researcher at the Natural History Museum of Britain, who works on ancient DNA (aDNA).

“We really wanted to find out more about who these early populations in Britain might have been. We knew from our previous work, including the study of  Cheddar Man , that western hunter-gatherers were in Britain by around 10,500 years ago, but we didn’t know when they arrived in Britain, and whether this was the only population that was present.”

Dr. Charlton and her colleagues carried out an extensive isotope analysis on the remains, unpicking the contribution of different food sources to the diet. This helped in refining the radiocarbon dating process, reports  The Guardian . Following this, they analyzed the nuclear and mitochondrial  DNA from the two individuals.

The remains from Gough’s Cave are from a female who lived 14,900 years ago, where she was  cannibalized. She shared ancestry with an individual discovered in a cave in Belgium, known as Goyet Q2, who lived 15,000 years ago. This ancestry and its practices have been linked to groups from south-west Europe. Their practices have been labelled as the Magdalenian culture, and artifacts that are of this style have been found in Gough’s Cave.

At the same time, Kendrick’s Cave did have a  Magdalenian style stone tool and a cut bovid bone from the same time as the other female. This was a male who lived 13,500 years ago, and shares ancestry with a 14,000-year-old found in Villabruna, in northern Italy. This ancestry is associated with western hunter-gatherers who expanded from south-east Europe and/or the near east.

The researchers are quick to point out, however, it is unlikely that there is any continuity between modern Britons and either of these tribes. Prof Ian Barnes of the Ancient DNA Laboratory at  NHM, said, “There is no evidence of continuity from this period into modern populations. Based on our current understanding of the genetic data, there have been at least five population replacement events in Europe since the people who lived in Gough’s Cave were around.”

In any case, this brilliant study helps facilitate an emerging portrait of life in  Paleolithic Europe. It also helps in ascertaining useful genetic information of the world gone by in Britain. These genome sequences represent the earliest chapter of the genetic history of Britain now, making it an exciting proposition for researchers going forward.

Top image: The people who lived in Gough’s Cave are thought to have practiced cannibalism, even making what appear to be cups from skulls of people.  Source: ©  The Trustees of the Natural History Museum , London