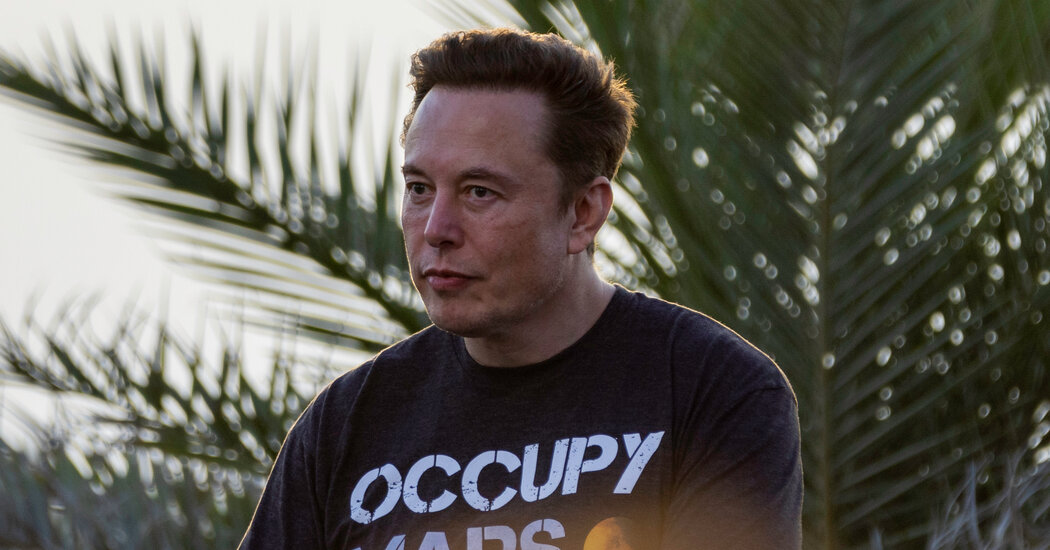 Twitter on Wednesday suspended more than 25 accounts that track the planes of government agencies, billionaires and high-profile individuals — including one that followed the movements of the social media company’s owner, Elon Musk, who has said he was committed to “free speech.”

Jack Sweeney, a 20-year-old college student and flight tracking enthusiast, said he woke up on Wednesday to find that his automated Twitter account, @ElonJet, had been suspended. In recent months, the account amassed more than 500,000 followers by using public flight information and data to post the whereabouts of Mr. Musk’s private plane. Twitter later reinstated the @ElonJet account.

Mr. Musk had been aware of @ElonJet for months. After buying Twitter for $44 billion in October, he said that he would allow the account to remain on the platform. “My commitment to free speech extends even to not banning the account following my plane, even though that is a direct personal safety risk,” Mr. Musk tweeted last month.

Mr. Sweeney’s personal Twitter account was also suspended on Wednesday, along with the other accounts that he runs that track the planes of tech billionaires such as Mark Zuckerberg, Jeff Bezos and Bill Gates. Mr. Sweeney shared a message that he had received from Twitter, which said his account had been suspended for violating rules “against platform manipulations and spam.”

In an interview, Mr. Sweeney said he had not changed how the plane tracking accounts behave and was given no specific reason that they had been suspended. “He’s doing the exact opposite of what he said,” he said of Mr. Musk, adding that the suspensions felt arbitrary given that the accounts had existed for months.

Since taking over Twitter, Mr. Musk has gone back and forth on deciding what content and accounts should and should not be on the platform. He initially said he would form a council to make decisions on content moderation but then abandoned those plans. He also welcomed back the account of former President Donald J. Trump and declared an amnesty for people, including white nationalists, who had been suspended from Twitter for violating its rules on hate speech or incitement to violence.

Mr. Musk and Twitter did not respond to a request for comment. But Mr. Musk said on Twitter that “real-time posting of someone else’s location violates doxxing policy, but delayed posting of locations are ok.”

A review of Twitter’s “private information and media policy” showed that Mr. Musk and his team appeared to have created new rules about live locations that were published in the last 24 hours. “If the information is not shared during a crisis situation to assist with humanitarian efforts, we will remove any tweets or accounts that share someone’s live location,” the policy said.

But as of Tuesday, the Internet Archive shows that the web page about Twitter’s policy on private information and media did not mention the phrase “live location.”

On Wednesday afternoon, @ElonJet was reinstated after Mr. Sweeney submitted an appeal to Twitter saying that he could institute delays into his posts about the locations of Mr. Musk’s plane. He said he would do the same for his other plane tracking accounts.

Jason Calacanis, a tech investor and an adviser to Mr. Musk for the Twitter takeover, tweeted on Wednesday that his personal belief was that “sustained sharing of public location information is de facto doxing,” using a phrase typically reserved for the sharing of private information on the internet.

Mr. Sweeney said that the information shared on the accounts was already public.

“If someone wanted to do something, they could do it without me,” he said.