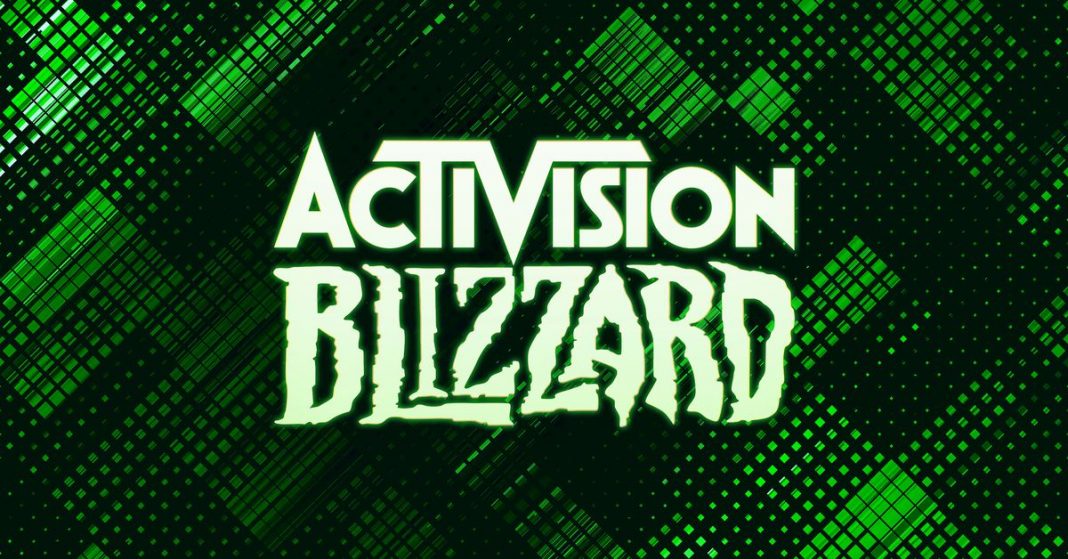 Microsoft is attempting to persuade regulators around the world to clear its $68.7 billion acquisition of Activision Blizzard — the biggest deal of its kind the gaming industry has ever seen. Amid concerns about its effect on competition in the industry, and in the face of ardent lobbying against the deal by competitor Sony, the U.S. Federal Trade Commission has said it will attempt to block the deal legally, while the U.K.’s Competition and Markets Authority has also expressed skepticism.

Here’s the latest on Microsoft’s plans to snap up Activision Blizzard.

Google and Nvidia have reportedly raised concerns about the deal

According to Bloomberg, Google and Nvidia have both echoed Sony in expressing their concerns to the FTC about the potential of the merger to squash competition, strengthening the regulator’s case as it prepares to bring it before the courts in August.

Neither is as direct a competitor to Microsoft in gaming as Sony is, but both have some overlap. Nvidia’s main business is manufacturing graphics cards, but it also has a streaming service, GeForce Now, that is perhaps the closest competitor to Microsoft’s Cloud Gaming initiative. (GeForce Now does not seem to currently carry any major Activision Blizzard games.) Nvidia reportedly does not directly oppose the deal, but stressed the need for open and equal access to Activision Blizzard’s games.

Google’s own streaming service, Stadia, is about to shut down. But the company has a big interest in mobile gaming via its Google Play store and Android operating system, and acquiring mobile behemoth King (Candy Crush) as part of the Activision Blizzard deal will make Microsoft a much bigger player in the space. Most likely, its complaint is just one tech giant trying to curb the influence of another.

On Jan. 6, as reported by The Verge, Microsoft ran an ad in the Washington Post highlighting its acceptance of unions, co-signed by the Communication Workers of America union. “As we enter a new year, we remain committed to creating the best workplaces we can for people who make a living in the tech sector. When both labor and management bring their voices to the bargaining table, employees, shareholders and customers alike benefit,” the note reads. Then it adds: “During 2023, we hope to bring the same agreement and principles to Activision Blizzard, which Microsoft has proposed to acquire.”

This is certainly a pitch to the FTC that Microsoft can improve working conditions at Activision Blizzard, which has shown resistance to a move to unionize among its employees after the dreadful scandal about its workplace culture in 2021. The ad highlights the successful unionization of 300 Bethesda and ZeniMax workers after Microsoft’s acquisition of that company, and concludes by saying, “We aren’t asking the FTC to ignore competition concerns. On the contrary, we believe it’s important to explore solutions that protect competition and consumers while also promoting the needs of workers and economic growth and American innovation.”

Microsoft admits it was wrong to call the FTC “unconstitutional”

As it looks to smooth things over with a skeptical, not to say hostile, regulator, Microsoft has walked back one of the most incendiary claims in its response to the FTC’s lawsuit attempting to block the merger. According to Axios, on Jan. 5 Microsoft revised its filing to remove a claim that the FTC’s structure violates the United States Constitution.

“The FTC has an important mission to protect competition and consumers, and we quickly updated our response to omit language suggesting otherwise based on the constitution,” Microsoft public affairs spokesperson David Cuddy told Axios. “We initially put all potential arguments on the table internally and should have dropped these defenses before we filed. We appreciated feedback about these defenses and are engaging directly with those who expressed concerns to make our position clear.” In other words: sorry, we know that was out of order, we messed up.

FTC says it’s not in “substantive” negotiations with Microsoft

On Tuesday, Jan. 3, the first pretrial hearing for the FTC’s suit attempting to block the merger took place. At that point, FTC lawyer James Weingarten said that the Commission had authorized settlement talks with Microsoft, but that “there are no substantive discussions at this time.”

This sounds like bad news for Microsoft, but “substantive” is the key word here. The two sides are doubtless in contact and Microsoft is almost certain to make a settlement offer — these days, the tech giant is known for taking a collaborative approach with governments and regulators, and it will be keen to close the deal before its offer for Activision Blizzard expires in July 2023. The trial itself is not due to commence until August.

On Jan. 5, the U.K.’s Competition and Markets Authority — which, along with the FTC and the European Commission, is one of three regulators seen as powerful enough to block the deal completely — said it would need more time to complete what it calls “phase two” of its deeper look at the deal.

The CMA originally hoped to conclude its deliberations by March 1, but has moved this deadline back to April 26. However, it says it aims to wrap it up in advance of this date. The CMA has said it is “concerned” by the deal, and seems so far to be quite swayed by Sony’s lobbying. However, in a public consultation, it found that a majority of responses were in favor of the deal (aside from the 500 that “contained abusive content (with no other substantive content), or were blank, unintelligible, stated to be from non-U.K. consumers, or not in English.”

On Dec. 29, 2022, Chile’s National Economic Prosecutor’s Office became the latest international regulator to approve the deal. It said it did not think the deal would significantly reduce competition, and it did not think it likely that Microsoft would pull Call of Duty from other platforms including PlayStation (this concern has been at the center of Sony’s objection to the deal).

Here’s a list of all the countries that have approved Microsoft’s acquisition of Activision Blizzard so far:

The next major deadline is the European Commission’s verdict, which is due to be delivered on or by March 23.