Home Latest Health Strep A: Fifteen children died in the UK in recent weeks. Could... 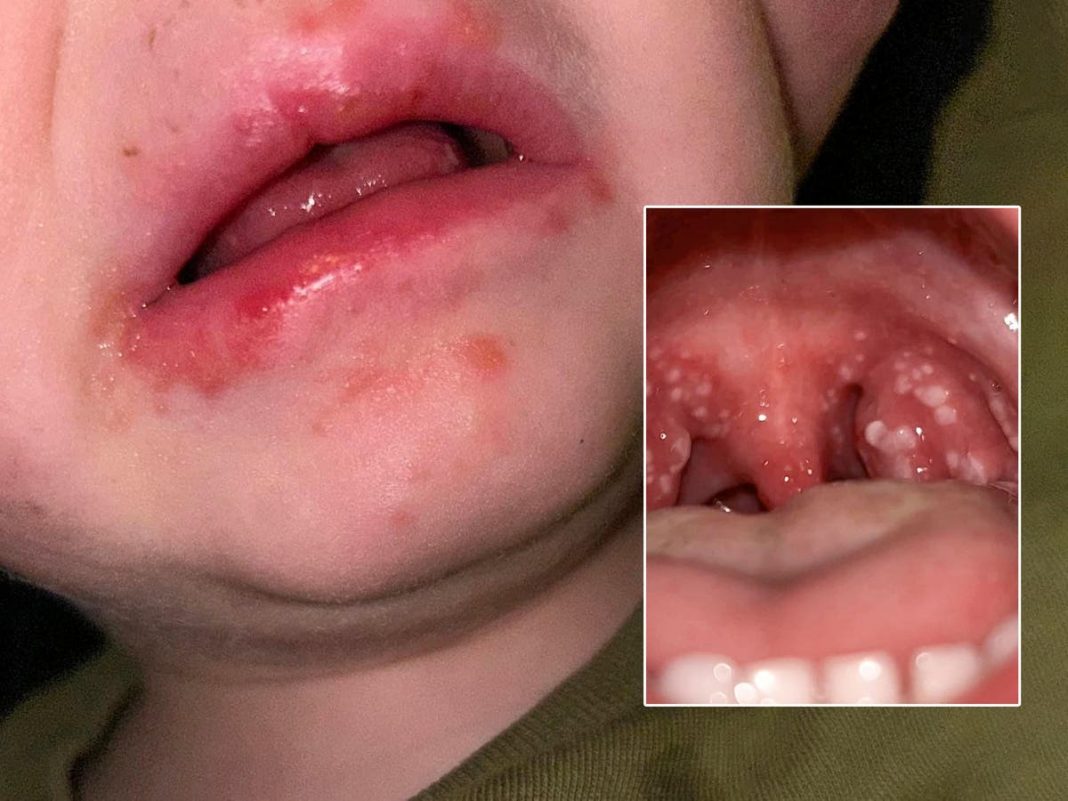 Sign up to our free US Evening Headlines email

What started as a common bacterial infection ended in death for fifteen children infected with Strep A in Britain.

Health authorities have issued a dire warning to parents in the UK as the number of child deaths caused by the infection continues to rise. The latest victim, a five-year-old girl from Ireland, became severely ill last week before dying from Strep A-related complications on Monday.

Although pediatric patients usually experience mild symptoms such as fever, swollen tonsils and lymph nodes, complications may arise when the infection gets into the bloodstream, leading to a potentially deadly illness known as Invasive Group A strep (iGAS).

In the US, iGAS cases decreased during the pandemic, but the CDC told The Independent on Wednesday that doctors in the US have informed the agency about a possible recent increase, which is now actively being monitored.

What is Strep A and what are the symptoms?

Dr Mark Hicar, a paediatric infectious disease expert and associate professor at the Jacobs School of Medicine and Biomedical Sciences at the University at Buffalo, told The Independent that it is difficult to tell whether the US could see a similar outbreak to the recent one in the UK.

According to CDC data, seven children under the age of 17 per 100,000 in surveilled areas died from Strep A complications before the pandemic in 2019.

One death per 100,000 population in monitored areas was reported in 2020, when the latest report was issued.

The CDC only tracks iGAs infections and does not track non-invasive Strep A infections. Only 10 states reported data for iGAS in the most recent report.

“Mitigation measures (e.g., school and workplace closures, masking) used during the first two years of the COVID-19 pandemic helped to reduce the spread of many viruses and bacteria,” a spokesperson said.

“Now that these germs are spreading again, we might be returning to typical infection patterns for iGAS, including a seasonal increase in winter months.

What are Strep A infections?

Group A strep is a common bacterial infection, mostly seen in children.

However, the majority of Group A strep infections present mild flu-like symptoms.

“There are many strains of Group A strep and there have been isolated UK outbreaks in the past (2015 and 2018),” Dr Hicar said. “… with the prior rise in cases in the UK, there did not appear to be effects on US cases, so [whether there will be one now] is difficult to say.”

Dr Hicar says that certain strains of the infection can lead to a “sandpaper rash,” which generally causes children to become more ill and is known as “Scarlet fever.”

“Typically this occurs with [throat infections or] pharyngitis cases, but can [happen with] the impetigo infections as well. This appears to be the form reported in the UK currently,” he said.

He added that immunocompromised children are at greater risk when they contract Strep A.

“Certain children without good spleen function or who have other forms of immune depression have a higher risk of sepsis, toxic shock and necrotizing fasciitis (the ‘flesh-eating’ group A strep infection),” Dr Hicar said.

The mother of two-year-old Tayden, who was diagnosed with Aplastic Anemia earlier this year, was warned by doctors that her daughter could have her transplant delayed after the toddler contracted Strep A last week.

“She was fussy and tired the day before her fever,” Heather, who lives in Utah, told The Independent.

Tayden’s symptoms resolved within 48 hours after she was given antibiotics. She is expected to be recovered for her transplant.

A CDC spokesperson told The Independent that more data needs to be collected to get a better sense of recent Strep A trends in the US.

Dr Hicar added that mask use does not seem to reduce infections.

“Masks help with respiratory viruses well, such as the flu and Covid, but other organisms that can linger on surfaces [such as Strep A] tend to not be affected as much by mask use,” he said. “[US] data available from 2020, the first year of the pandemic, appears stable for group A strep invasive infections and death rates.”

What symptoms should parents watch out for?

According to the CDC, most children infected with Strep A will experience pain when swallowing, fever, red and swollen tonsils (sometimes with white patches or streaks of pus) and swollen lymph nodes in the front of the neck.

Dr Hicar tells The Independent that throat pain and fever should resolve within a few days. He advised parents to reach out to their physicians again if the symptoms persist.

“If your child was diagnosed with [Strep A] and seemed to be getting better, but then worsening, discuss with your physician,” he said. “One of these rare more serious complications may be beginning.”

He reiterated that although most cases are not dangerous for children, complications can become fatal if the infection reaches the bloodstream (bacteremia), the lungs (pneumonia) or the brain (meningitis).

How do children become infected?

Crowded settings such as schools and daycare centres increase the risk of Strep A infections.

The bacteria is very contagious and can spread through respiratory droplets by talking, coughing, or sneezing, and through direct contact when patients develop sores on their skin, according to the CDC.

In very rare cases it can also spread through food when it’s not handed properly.

“As social animals, we are constantly bombarded by bacteria and viruses that most of the time our immune systems fend off,” Dr Hicar tells The Independent.

“… the more exposure [a person] has, the more likely they will be infected. However, there are many benefits of peer interaction and socialization.”

What should you do if you suspect your child has Strep A?

Strep A infections can be diagnosed through a rapid strep test that involves swabbing the throat.

Physicians also administer throat cultures to patients. Although this method takes one to two days, it is more effective than rapid testing.

What’s the treatment for Strep A?

There is currently no vaccine to prevent Strep A infections.

Antibiotics decrease symptoms and prevent complications and are the most commonly used form of treatment. Once antibiotics are prescribed, patients should start to feel better within 48 hours.