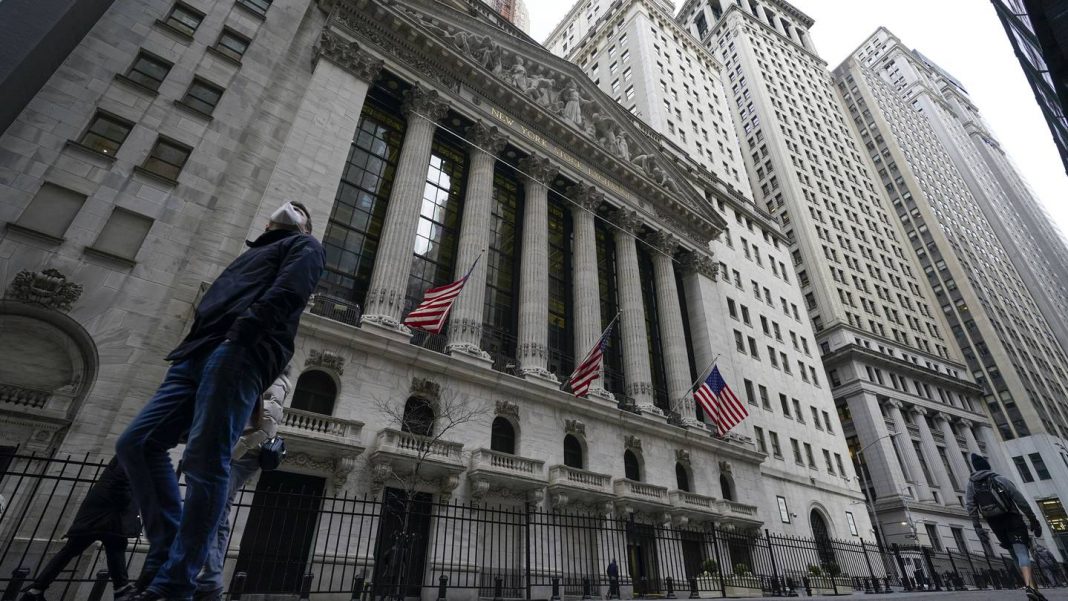 Worries about inflation are dragging on Wall Street Friday after a report showed wages for U.S. workers are accelerating, which is good news for them but could feed into even higher inflation for the nation.

Stocks had been on the upswing for the last month on hopes the worst of the nation’s high inflation may have passed already. That fed expectations for the Federal Reserve to dial down the intensity of its big interest-rate hikes. Such hikes aim to undercut inflation by slowing the economy and dragging down prices for stocks and other investments.

But Friday’s jobs report showed that wages for workers rose 5.1% last month from a year earlier. That’s an acceleration from October’s 4.9% gain and easily topped economists’ expectations for a slowdown.

Such jumps in pay are helpful to workers struggling to keep up with soaring prices for everyday necessities. The Federal Reserve’s worry is that too-strong gains could cause inflation to become further entrenched in the economy. That’s because wages make up a big part of costs for companies in services industries, and they could end up raising their own prices further to cover higher wages for their employees.

“Inflation is certainly moving in the right direction,” said Adam Abbas, co-head of fixed income at Harris Associates, “but the market is still going to have to go through some calibration of the risk that we level off at 3% to 4% core inflation versus a natural, steady move down to” the 2% goal set by the Fed.

“After such a strong move over the last three and a half weeks,” Abbas said about expectations for an easing up by the Fed, “maybe the market has gotten a little ahead of itself.”

Across the economy, employers added 263,000 jobs last month. That beat economists’ forecasts for 200,000, while the unemployment rate held steady at 3.7%. Many Americans also continue to stay entirely out of the jobs market, with a larger percentage of people either not working or looking for work than before the pandemic, which could increase the pressure on employers to raise wages.

A jobs market that remains much stronger than expected could make an already dicey situation for the Fed even more complicated. It’s trying to slow the economy just enough to prevent the buying activity that gives inflation its oxygen, without going so far as to create a recession. The Fed has signaled it will likely push the unemployment rate to at least 4.4% in its fight against inflation.

“The most important number for the Fed is probably the wage number,” said Brian Jacobsen, senior investment strategist at Allspring Global Investments.

Many traders are still betting on the Fed to downshift the size of its rate hikes at its next meeting later this month, as several officials at the central bank have hinted. Traders still largely expect the Fed to raise its key overnight interest rate on Dec. 14 by half a percentage point, after hiking by a heftier three-quarters of a point four straight times.

But expectations are rising for what the Fed will do in 2023. Treasury yields jumped immediately after the jobs report’s release on speculation the Fed may ultimately hike rates higher than thought a few moments before.

“Another month with a strong jobs report and torrid wage gains is a reality check for where we stand in the inflation fight,” said Mike Loewengart, head of model portfolio construction at Morgan Stanley Global Investment Office.

The strong jobs data follows up on several mixed reports on the economy. The nation’s manufacturing activity shrank in November for the first time in 30 months, for example, while the housing industry is struggling under the weight of much higher mortgage rates. Such data points had raised hopes the Fed’s rate hikes were taking effect and would ultimately pull down inflation.

Even though Friday’s report showed hiring was stronger than expected, it also clearly demonstrated that the nation’s downward trend in hiring is continuing. November’s jobs gains matched the low seen in April 2021, which was the weakest since December 2020 when the number of jobs shrank.

More economists are still forecasting the U.S. economy to fall into a recession next year in large part because of higher interest rates.

“While the Fed won’t back away from” a hike of just half a percentage point “in December, they still have no clue what they’ll do in 2023,” said Allpsring’s Jacobsen.

Copyright 2022 The Associated Press. All rights reserved. This material may not be published, broadcast, rewritten or redistributed without permission.