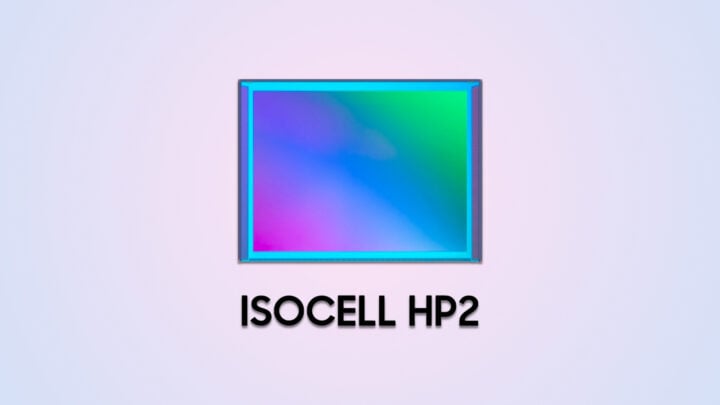 Samsung has finally unveiled the ISOCELL HP2 camera sensor. The same sensor will be used in the upcoming Galaxy S23 Ultra smartphone. The ISOCELL HP2 is the South Korean firm’s third 200MP camera sensor, and the company claims that it offers greatly improved image and video quality.

The ISOCELL HP2 is a 1/1.3-inch sensor with 0.6-micron pixels, making it smaller than the ISOCELL HP1 (1/22-inch with 0.64-micron pixels) that was launched in 2021. However, Samsung still claims that the ISOCELL HP2 is its most advanced camera sensor as it features the D-VTG (Dual Vertical Transfer Gate) technology that boosts each pixel’s full-well capacity by more than 33%, resulting in enhanced color reproduction and reduction in overexposure. This means you can say goodbye to overexposed and washed-out images in bright conditions.

The new image sensor has Tetra2Pixel, Samsung’s binning technology that can capture 50MP images with 1.2μm pixels (4-in-1 pixel binning) or 12.5MP images in 2.4μm pixels (16-in-1 binning), depending on the ambient light. It can also capture up to 8K 30fps videos with a wider field of view in its 1.2μm 50MP mode, which means it uses bigger pixels than previous-generation Galaxy S series phones in 8K mode.

The ISOCELL HP2 offers faster and more reliable autofocus in low-light conditions, thanks to Super QPD (Quad Phase Detection). This new autofocus technology uses all its 200 million pixels as focusing agents. Four adjacent pixels on the sensor are grouped together to recognize horizontal and vertical pattern changes even in extremely dim conditions like the moonlight (around 1 lux), which is 100x lower than indoor conditions (100 lux).

It can also capture 15 full-resolution 200MP images in one second, making it the company’s fastest 200MP sensor.

For improved HDR, Samsung is using the DSG (Dual Signal Gain) technology in the 50MP mode. It is a technique that captures short and long exposures simultaneously, which means it can capture HDR images and videos on a pixel level. It also features Smart ISO Pro, allowing the phone to capture 12.5MP images and 4K 60fps HDR videos simultaneously. The sensor can also capture 4K 120fps videos and Full HD 480fps videos (for slow motion or ultra-high frame rate videos).

JoonSeo Yim, Executive Vice President of the Sensor Business Team at Samsung Electronics, said, “The Samsung ISOCELL HP2 harnesses Samsung’s high-resolution image sensor technologies and know-how at the cutting edge for epic details. Our leadership comes from innovative pixel technologies that allow our sensors to go beyond the number and size of pixels. We will continue to open new horizons and solidify our presence in the expanding ultra-high-resolution sensor market.”

The ISOCELL HP2 is already in the mass production phase, which almost certainly means that we can see it inside the Galaxy S23 Ultra that will be unveiled on February 1, 2023, during the Galaxy Unpacked 2023 event.