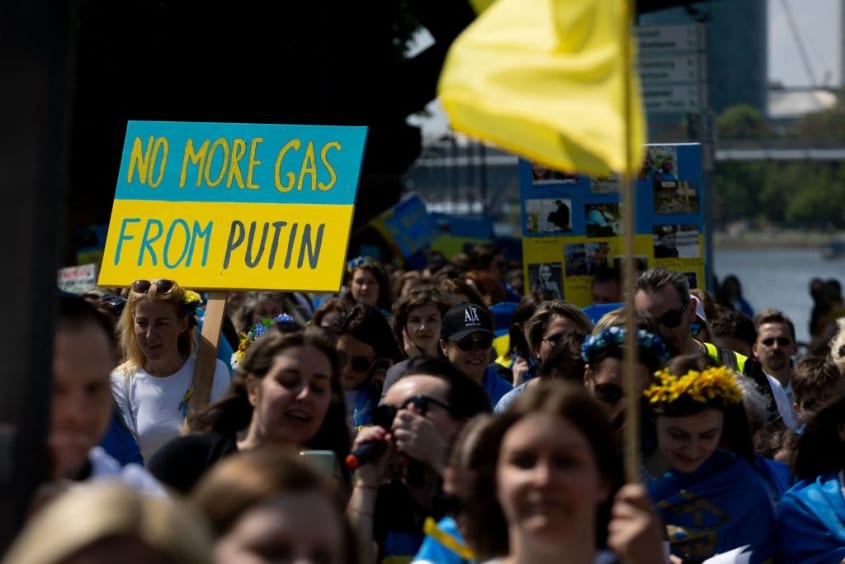 Russian President Vladimir Putin’s ploy to use oil and gas exports as “a weapon of financial war” in its campaign to conquer Ukraine “is increasingly backfiring, threatening the core of Russia’s beleaguered economy and curtailing its geopolitical influence,” The Wall Street Journal reports.

Putin had calculated that cutting off natural gas to Europe, and especially Germany, would leave Europe’s economy in shambles and its citizens freezing, weakening the continent’s support for Ukraine. But “warm weather and ample supplies from other producers have derailed that effort so far,” and European gas prices on Monday fell to levels not seen since September 2021, the Journal reports. “The Russian oil industry, meanwhile, is having trouble adapting to a European Union embargo and a U.S.-led price cap on its crude.”

Before Putin’s Ukraine invasion, Russia provided Germany with 60 percent of its natural gas. This reliance on Russian gas “initially gave Moscow the upper hand in its economic war with the West,” as energy prices shot up in Europe, “sending a gusher of revenue to Moscow,” the Journal reports. “The money helped Russia fund the war in Ukraine and placate its population at home with handouts.” Oil and gas provided 45 percent of Russia’s federal budget in 2021.

Moscow cut off its pipelines to Germany in August, but this effort to “blackmail Berlin” has failed, Andrey Gurkov writes at Germany’s DW. “Germany is starting 2023 without Russian gas, and with no need to worry about the loss,” while Russia’s state-owned Gazprom has lost its most important foreign customer. Berlin’s expanding military support for Kyiv “can be seen as further, indirect evidence of the failure of Putin’s ‘gas special operation,'” Gurkov adds.

“The German problem, or the central European problem, was that … half of [our eggs] were in the basket of Putin,” German Economy Minister Robert Habeck said earlier in January. “He destroyed that.”

China is buying more gas and oil from Russia now, but “Russia’s pipeline gas exports to China are less than a 10th of what it used to export to Europe before the war,” and “Beijing has yet to agree to a second pipeline carrying Russian gas,” the Journal reports. Russian oil is selling at about half the global benchmark price, and the long, costly shipping routes to China and India, Russia’s other main post-invasion customer, eat into Russia’s ever-thinner profits.

What is Blue Monday?