Home Latest science Our ancestors may have evolved to walk upright in trees rather than... 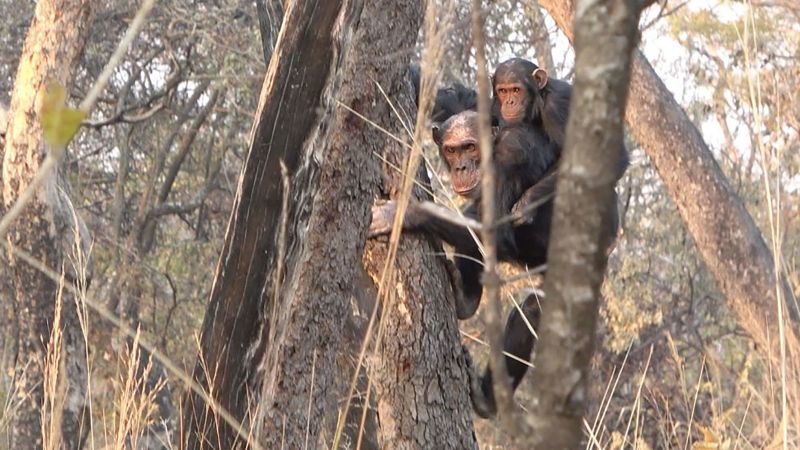 Humans’ ability to walk upright on two legs may have evolved in trees, rather than on the ground, according to scientists studying wild chimpanzees in Tanzania.

This contradicts the widely accepted theory that prehistoric human relatives evolved to walk on two legs because they lived in an open savanna environment, according to a study published Wednesday in the journal Science Advances.

Researchers from University College London (UCL) spent 15 months looked at the behavior of 13 wild adult chimpanzees in the Issa Valley in western Tanzania, which is home to a mixture of dry open land and areas of dense forest. Known as “savanna-mosaic,” this type of environment is similar to that in which our earliest human ancestors lived.

The team recorded every time that the chimpanzees were upright, and whether it occurred while they were on the ground or in the trees.

They then compared this with instances of standing on two legs by chimpanzees that live in densely forested areas in other parts of Africa, and found that the Issa Valley chimpanzees spent just as much time in the trees as their forest-dwelling cousins.

This means they were not more land-based, as existing theories suggest they ought to be, given the more open environment in which they live. In addition, more than 85% of the times that the chimpanzees walked upright occurred in the trees, rather than on the ground.

However, his team’s data does not bear that out, instead suggesting that more open environments were not a catalyst in encouraging bipedalism, said Piel. “It’s not this nice logical story,” he said.

The next question for researchers is why the Issa Valley chimpanzees spend more time in trees despite being around fewer trees than other chimpanzee communities, Piel said.

One explanation could be the fact that food-producing trees encourage them to spend time there to eat, he said, while there could also be a seasonal component.

In the rainy season, grass in the Issa Valley grows to around 6.5 feet in height, said Piel, which means the chimpanzees are more vulnerable to ambush predators such as leopards if they spend time on the ground.

“It could be that there is a dramatic seasonal signature to this,” he said.

Early human ancestors would also have faced predation in a similar environment, according to Piel.

However, Piel underlined that the study is not drawing a direct comparison between the chimpanzees and our early human ancestors, but is instead providing theories that need to be tested against the fossil record to see what it tells us about the anatomy of early hominids.