If you recently bought an RTX 4090 graphics card, you may need to be careful about how you install the product in your PC.

On Reddit, two customers who purchased the RTX 4090 say the cable that sends power to the graphics card recently melted while they were gaming.

The customers(Opens in a new window) both posted(Opens in a new window) pictures of the problem, which deals with the 12VHPWR cable necessary to send enough juice into Nvidia’s most powerful gaming GPU. As you can see, the plastic around the Nvidia-branded 12VHPWR connector melted, and also caused slight damage to the power sockets in the RTX 4090 GPU.

“It occured mid game. GPU is still working,” wrote(Opens in a new window) Reddit user reggie_gakil, who requested a return of the product. It’s possible the problem could be confined to a few faulty 12VHPWR connectors that ended up shipping to unlucky customers. But the issue also occurs weeks after the industry group that oversees the PCI interface, called PCI-SIG, warned about potential thermal issues when using the 12VHPWR adapter cable with existing ATX 2.0 power supplies.

“Please be advised that PCI-SIG has become aware that some implementations of the 12VHPWR connectors and assemblies have demonstrated thermal variance, which could result in safety issues under certain conditions,” the industry group told members, according(Opens in a new window) to a Wccftech report from September. 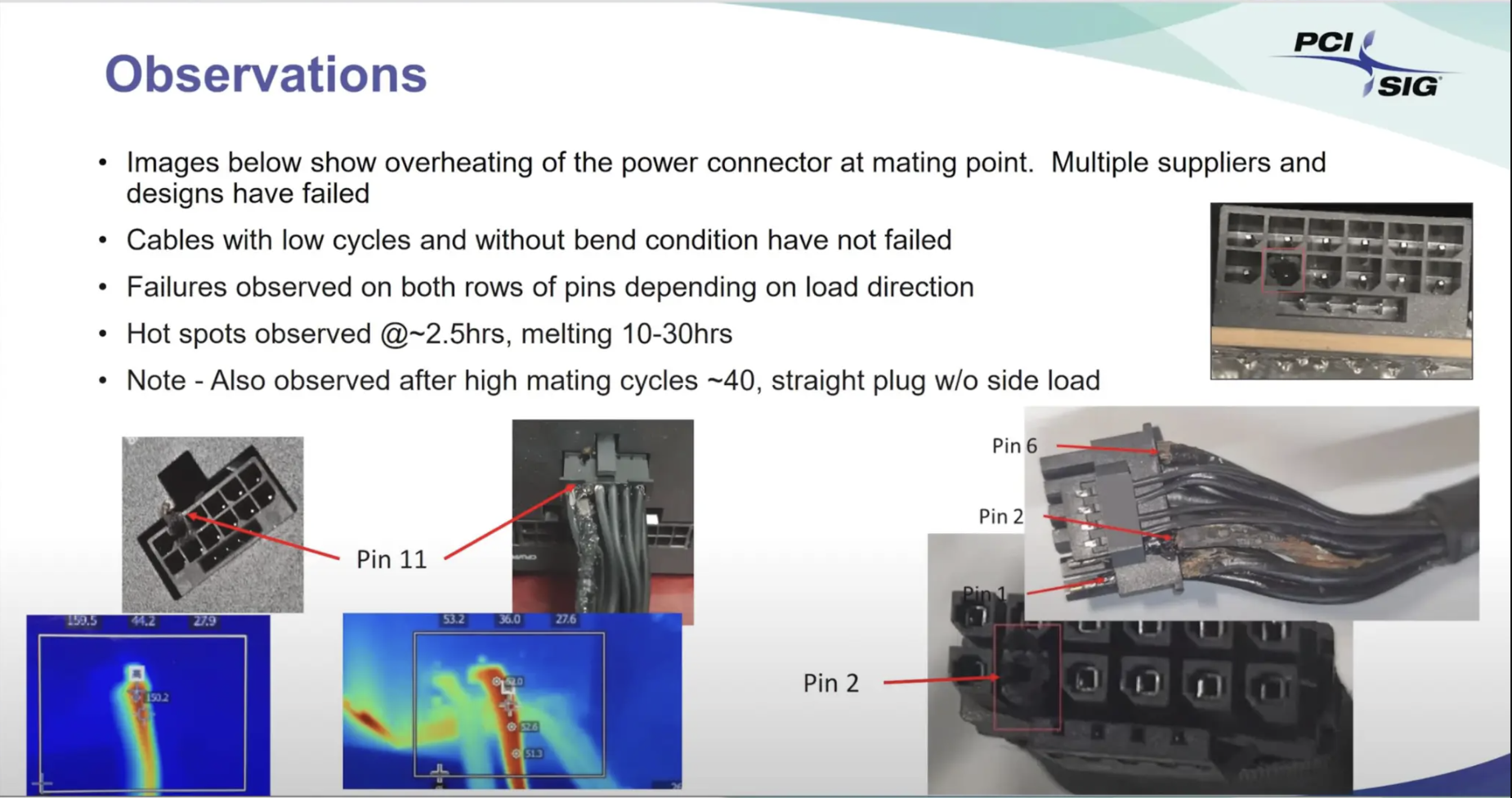 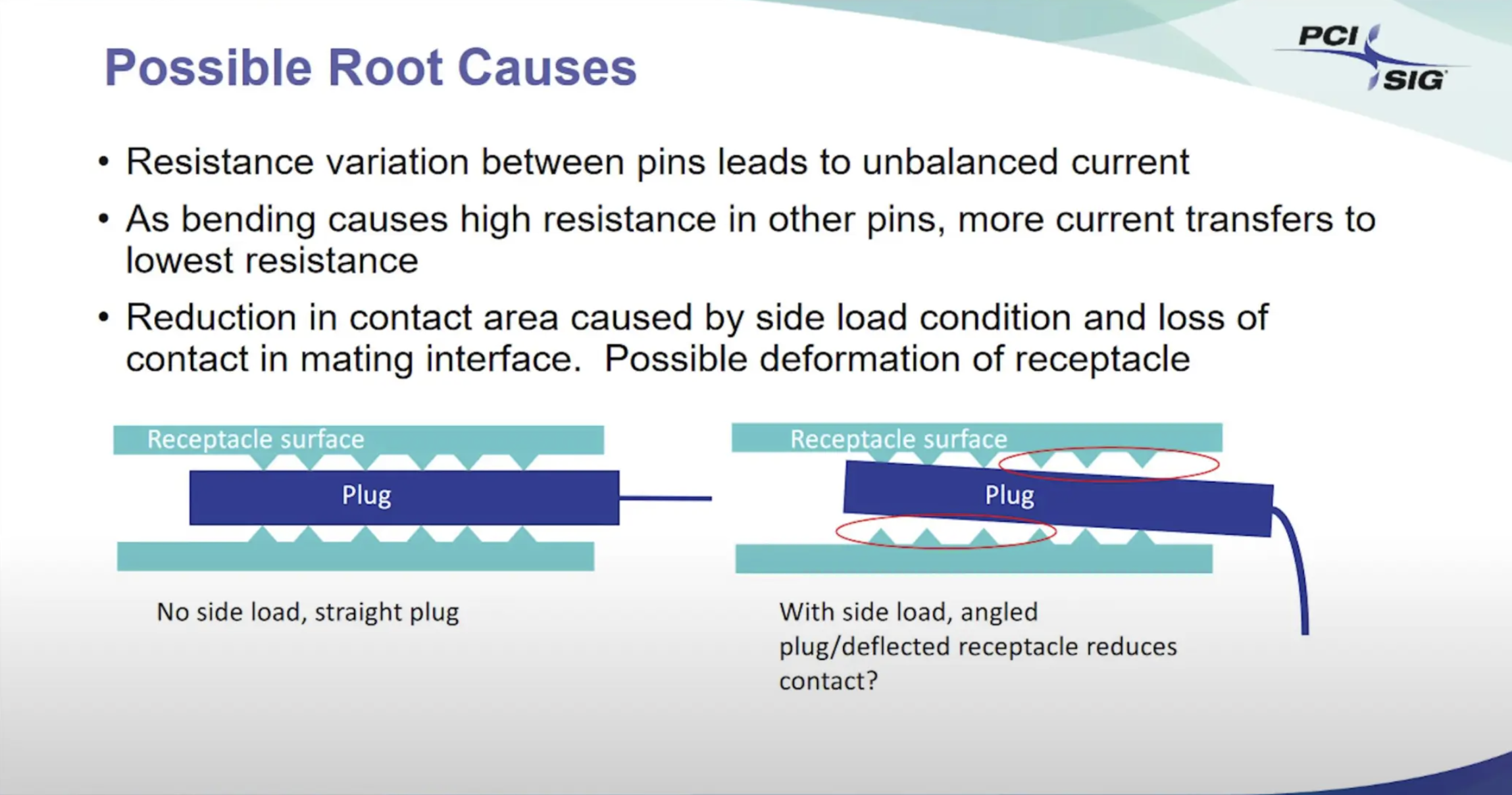 Slides(Opens in a new window) from a PCI-SIG presentation show the thermal problems happen due to bending in the 12VHPWR cable, which can lead to overheating.

Recommended by Our Editors 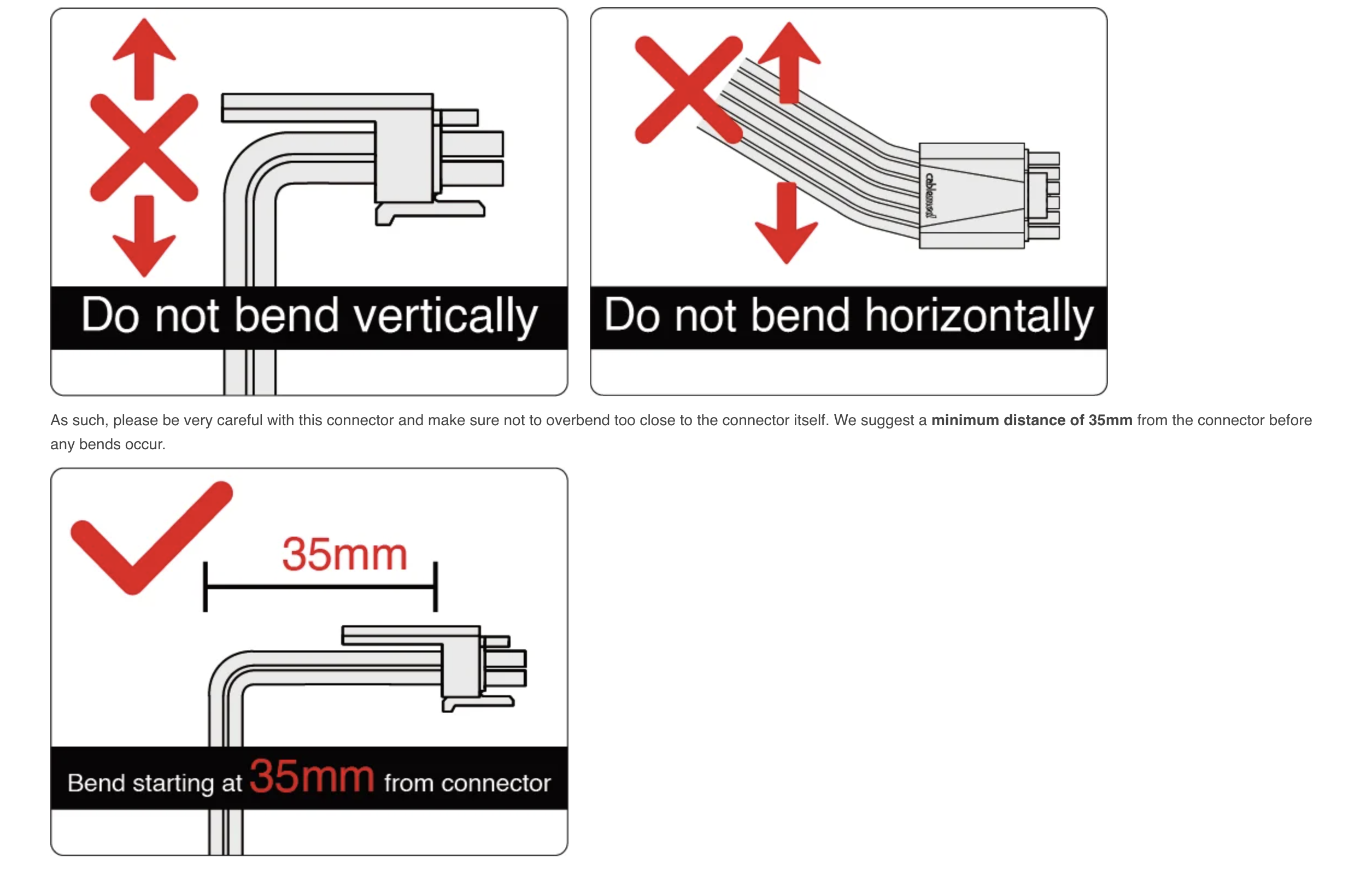 “Through our extensive testing, it appears that bending the wires too close to the connector could result in some of the terminals coming loose or misaligning within the connector itself. This may lead to an uneven load across the other wires, increasing the risk of overheating damage,” CableMod said. “The risk of this is substantially higher if the bend is done horizontally in relation to the connector orientation.”

According to images and their posts, the two users who experienced the melted 12VHPWR connector also bent the cables slightly near the pins when connecting them to the RTX 4090. We reached out to Nvidia for comment, and we’ll update the story if we hear back. In the meantime, CableMod says users can prevent the thermal issues by making sure they only bend the12VHPWR cable at a “minimum distance of 35mm” (1.37 inches) from the 16-pin connector.

CableMod also created(Opens in a new window) a 12VHPWR cable that can connect at 90 degrees, requiring zero bending. The product releases on Oct. 31.

Get Our Best Stories!

Sign up for What’s New Now to get our top stories delivered to your inbox every morning.

This newsletter may contain advertising, deals, or affiliate links. Subscribing to a newsletter indicates your consent to our Terms of Use and Privacy Policy. You may unsubscribe from the newsletters at any time.