Nikon will reportedly discontinue production of its SLR cameras as per Nikkei Asia. Increasing competition from smartphone cameras continues to shift the camera industry. The Japanese camera maker will be focusing on new mirrorless camera models and the Nikon D6 DSLR will be Nikon’s last SLR.

An SLR (single-lens reflex) camera uses an array of mechanical parts and mirrors to show an image through the lens or up through the eyepiece. Mirrorless cameras have taken the industry by storm over the last decade or so. Plus, smartphone cameras are becoming more capable and casual consumers no longer see as much of a need to purchase a separate camera. 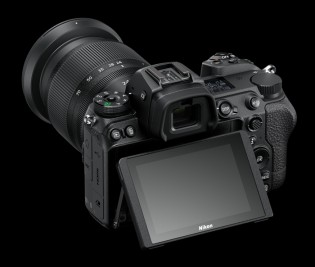 Mirrorless cameras don’t wear like SLRs shutters do since they are not mechanical. Plus, they can shoot faster and can process images quicker than comparable SLRs. They are also built to take up less space and are therefore more compact. In 2020, sales of mirrorless cameras (2.93 million units) overtook the number of SLR shipments (2.37 million) according to Japan’s Camera and Imaging Products Association.

“Nikon’s cameras have been losing out to smartphones, which increasingly feature powerful cameras,” writes Nikkei. “Nikon aims to beat them by offering products with more unique features.” Canon is also expected to stop making SLR cameras within the next few years.

Mirrorless cameras account for half of Nikon’s imaging business revenue with around 30% revenue from SLRs. Nikkei notes that Nikon’s imaging segment brought in JPY 178.2 billion (~$1.3 billion). Production and distribution of current Nikon SLRs will continue for now.

Polio May Have Been Spreading for a Year

Tasmanian tiger could be resurrected from extinction