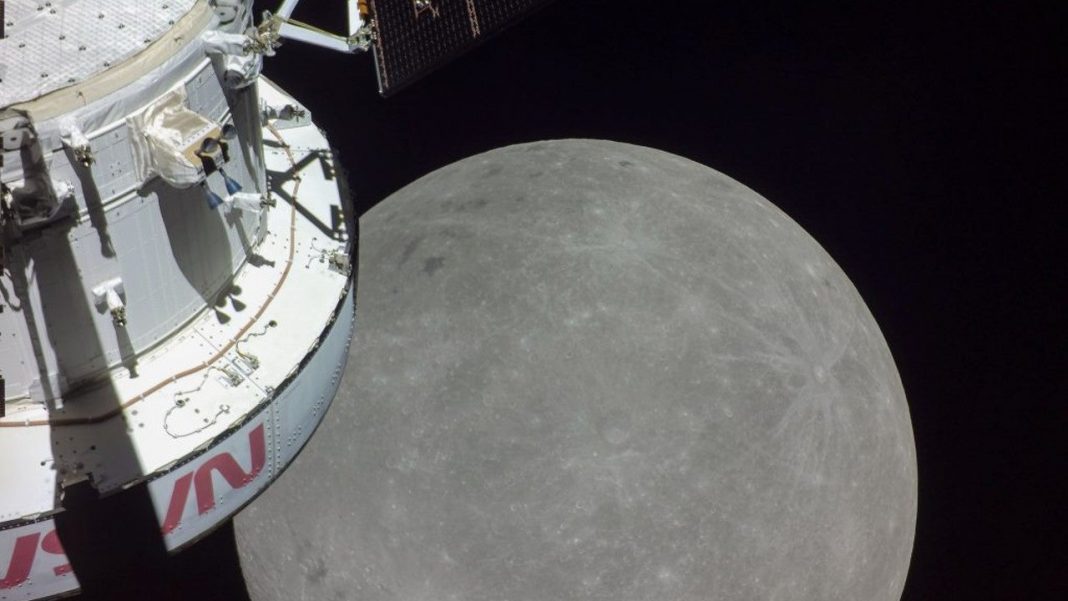 After a historic flyby just 128 km(s) from the surface of the Moon, NASA’s Orion spacecraft is on course for its return to Earth on December 11.

The spacecraft’s second and final close approach to the Moon was made just before its return powered the flyby burn, passing about 128 km(s) above the lunar surface on Monday.

“Orion is heading home! Today the team achieved another momentous accomplishment, flying Orion just 128 km(s) from the surface of the Moon. The lunar flyby enabled the spacecraft to harness the Moon’s gravity and slingshot it back toward Earth for splashdown,” said NASA Administrator Bill Nelson.

“When Orion re-enters Earth’s atmosphere in just a few days, it will come back hotter and faster than ever before — the ultimate test before we put astronauts on board. Next up, re-entry,” he added.

As soon as Orion splashes down, a team of divers, engineers, and technicians will depart the ship on small boats and arrive at the capsule. Once there, they will secure it and then tow it into the back of the ship, known as the ‘well deck’.

The divers will attach a cable to pull the spacecraft into the ship, called the winch line, and up to four additional tending lines to attach points on the spacecraft. The winch will pull Orion into a specially designed cradle inside the ship’s ‘well deck’, and the other lines will control the spacecraft’s motion.

“Last week, we completed our final rehearsal with the USS Portland, which will be our recovery ship for Artemis I,” said Melissa Jones, landing and recovery director at NASA’s Kennedy Space Center.

The uncrewed Orion spacecraft also surpassed the record set in 1970 by the crew on Apollo 13’s aborted mission to land on the Moon. The spacecraft reached the farthest distance from Earth during the Artemis I mission — 268,563 miles (432,210 km) from our home planet. The earlier record was set during the Apollo 13 mission at 248,655 miles (400,171 km) from Earth.