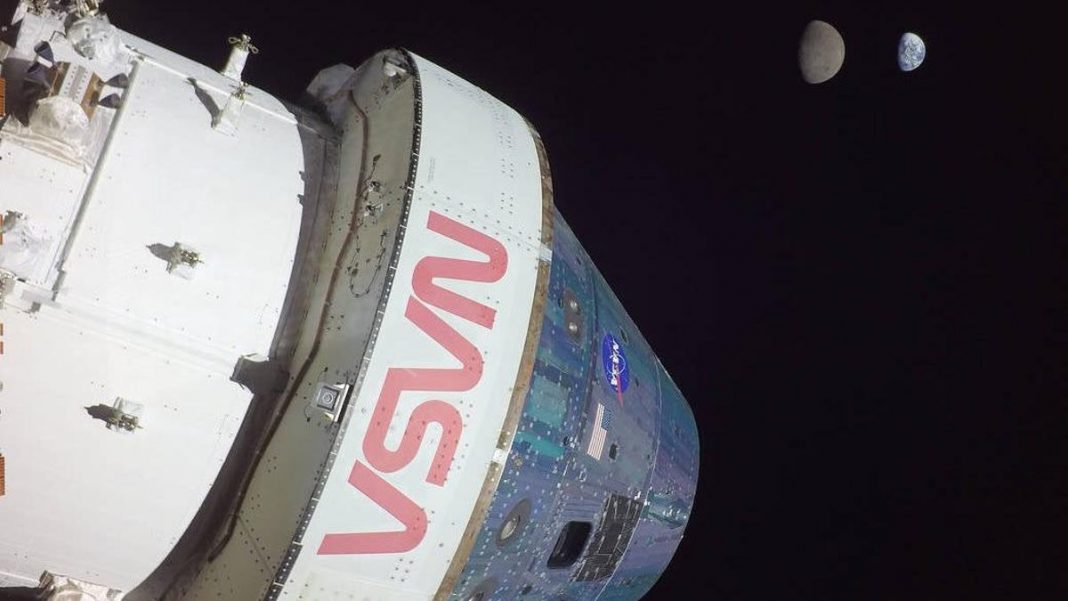 After traveling more than 1.4 million miles (2.2 million kilometers) on an historic journey to the Moon and back, NASA’s Orion capsule splashed down in the Pacific Ocean on Sunday following its near-perfect test flight.

This week, NASA released a 24-minute video highlighting some of the most exciting moments from the 25.5 day mission from the moment the Space Launch System (SLS) rocket launched until the Orion spacecraft parachuted its way down.

SLS lifted off from Launch Pad 39B at Florida’s Kennedy Space Center on November 16, initiating NASA’s Artemis program that plans on returning humans to the Moon after more than 50 years.

The video starts off with the explosive launch, revealing a unique rocket POV as it leaves the ground. SLS’ two side boosters and four RS-25 engines produced a whopping 8.8 million pounds of thrust at liftoff, making it the most powerful rocket ever built.

The rocket is then seen soaring through the dark skies, followed by a fiery tail. The side boosters and core stage fell within the first 500 seconds of the mission, while the Interim Cryogenic Propulsion Stage moved Orion towards its trajectory before separating from the spacecraft.

Afterwards, all focus is on Orion. The video then shows the inside of the crew cabin, which was decorated with hidden messages and mementos. The loud roars of the rocket launch are followed by the peaceful calm of space, with breathtaking views of Earth and the Moon taken by Orion’s cameras.

The uncrewed capsule is eerily quiet, with the back of Commander Moonikin Campos, a manikin designed to collect flight data, towards the camera. But the inanimate commander is enjoying quite the view, with hauntingly memorable shots that reveal Earth and its satellite within the depths of space.

During the mission, Orion performed two lunar flybys and came within a distance of 80 miles (128 kilometers) from the Moon’s surface.

With a little less than 10 minutes left in the video, the Orion capsule begins its descent back to Earth. Orion went from 20,000 miles per hour (32,100 kilometers per hour) down to 20 mph (32 km/hr) during its parachute-assisted descent. During its re-entry through Earth’s atmosphere, Orion endured temperatures of about 5,000 degrees Fahrenheit (2,760 degrees Celsius), which is around half as hot as the surface of the Sun, according to NASA.

The video provides a dizzying POV as the capsule makes its way down to the ocean, with the three parachutes fluttering overhead. Orion finally plops into the ocean, ending its unprecedented journey to the Moon and back.