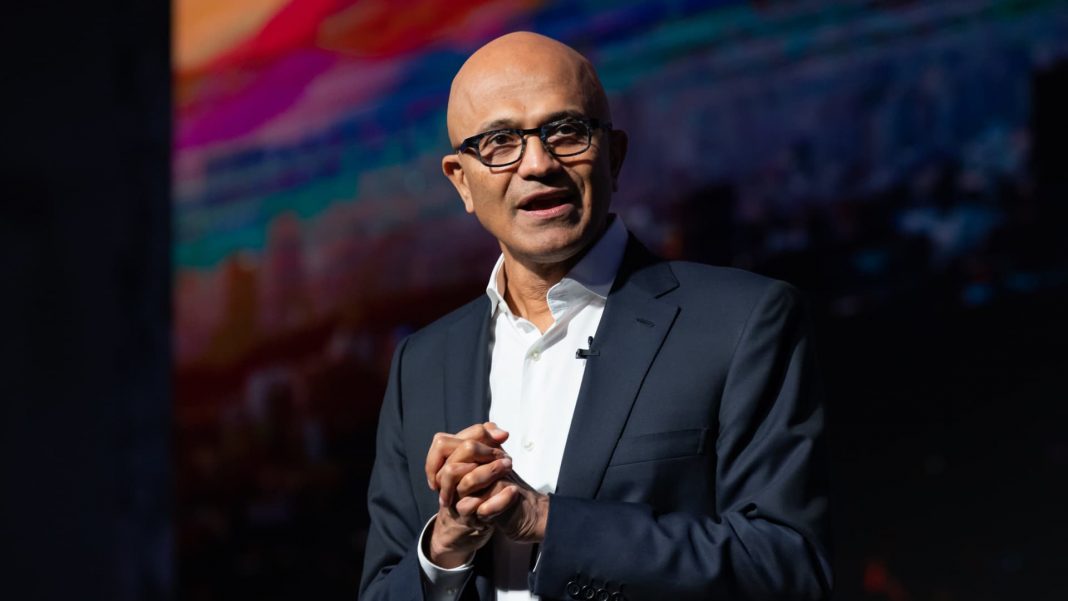 The job cuts in tech land are piling up, as companies that led the 10-year bull market adapt to a new reality.

Microsoft said Wednesday that it’s letting go of 10,000 employees, which will reduce the company’s headcount by less than 5%. Amazon also began a fresh round of job cuts that are expected to eliminate more than 18,000 employees and become the largest workforce reduction in the e-retailer’s 28-year history.

The layoffs come in a period of slowing growth, higher interest rates to battle inflation, and fears of a possible recession next year.

Here are some of the major cuts in the tech industry so far. All numbers are approximations based on filings, public statements and media reports:

Microsoft is reducing 10,000 workers through March 31 as the software maker braces for slower revenue growth. The company also is taking a $1.2 billion charge.

“I’m confident that Microsoft will emerge from this stronger and more competitive,” CEO Satya Nadella announced in a memo to employees that was posted on the company website Wednesday. Some employees will find out this week if they’re losing their jobs, he wrote.

Earlier this month, Amazon CEO Andy Jassy said the company was planning to lay off more than 18,000 employees, primarily in its human resources and stores divisions. It came after Amazon said in November it was looking to cut staff, including in its devices and recruiting organizations. CNBC reported at the time that the company was looking to lay off about 10,000 employees.

Google parent company Alphabet had largely avoided layoffs until January, when it cut 15% of employees from Verily, its health sciences division. Google itself has not undertaken any significant layoffs as of Jan. 18, but employees are increasingly growing worried that the ax may soon fall.

Crypto.com announced plans to lay off 20% of its workforce Jan. 13. The company had 2,450 employees, according to PitchBook data, suggesting around 490 employees were laid off.

CEO Kris Marszalek said in a blog post that the crypto exchange grew “ambitiously” but was unable to weather the collapse of Sam Bankman-Fried’s crypto empire FTX without the further cuts.

“All impacted personnel have already been notified,” Marszalek said in a post.

On Jan. 10, Coinbase announced plans to cut about a fifth of its workforce as it looks to preserve cash during the crypto market downturn.

The exchange plans to cut 950 jobs, according to a blog post. Coinbase, which had roughly 4,700 employees as of the end of September, had already slashed 18% of its workforce in June saying it needed to manage costs after growing “too quickly” during the bull market.

“With perfect hindsight, looking back, we should have done more,” CEO Brian Armstrong told CNBC in a phone interview at the time. “The best you can do is react quickly once information becomes available, and that’s what we’re doing in this case.”

Salesforce is cutting 10% of its personnel and reducing some office space as part of a restructuring plan, the company announced Jan. 4. It employed more than 79,000 workers as of December.

In a letter to employees, co-CEO Marc Benioff said customers have been more “measured” in their purchasing decisions given the challenging macroeconomic environment, which led Salesforce to make the “very difficult decision” to lay off workers.

Facebook parent Meta announced its most significant round of layoffs ever in November. The company said it plans to eliminate 13% of its staff, which amounts to more than 11,000 employees.

Meta‘s disappointing guidance for the fourth quarter of 2022 wiped out one-fourth of the company’s market cap and pushed the stock to its lowest level since 2016.

The tech giant’s cuts come after it expanded headcount by about 60% during the pandemic. The business has been hurt by competition from rivals such as TikTok, a broad slowdown in online ad spending and challenges from Apple’s iOS changes.

Lyft announced in November that it cut 13% of its staff, or about 700 jobs. In a letter to employees, CEO Logan Green and President John Zimmer pointed to “a probable recession sometime in the next year” and rising ride-share insurance costs.

For laid-off workers, the ride-hailing company promised 10 weeks of pay, health care coverage through the end of April, accelerated equity vesting for the Nov. 20 vesting date and recruiting assistance. Workers who had been at the company for more than four years will get an extra four weeks of pay, they added.

Online payments giant Stripe announced plans to lay off roughly 14% of its staff, which amounts to about 1,100 employees, in November.

CEO Patrick Collison wrote in a memo to staff that the cuts were necessary amid rising inflation, fears of a looming recession, higher interest rates, energy shocks, tighter investment budgets and sparser startup funding. Taken together, these factors signal “that 2022 represents the beginning of a different economic climate,” he said.

Stripe was valued at $95 billion last year, and reportedly lowered its internal valuation to $74 billion in July.

In July, Shopify announced it laid off 1,000 employees, which equals 10% of its global workforce.

In a memo to staff, CEO Tobi Lutke acknowledged he had misjudged how long the pandemic-driven e-commerce boom would last, and said the company is being hit by a broader pullback in online spending. Its stock price is down 78% in 2022.

Netflix announced two rounds of layoffs. In May, the streaming service eliminated 150 jobs after the company reported its first subscriber loss in a decade. In late June, it announced another 300 layoffs.

In a statement to employees, Netflix said, “While we continue to invest significantly in the business, we made these adjustments so that our costs are growing in line with our slower revenue growth.”

In late August, Snap announced it laid off 20% of its workforce, which equates to over 1,000 employees.

Snap CEO Evan Spiegel told employees in a memo that the company needs to restructure its business to deal with its financial challenges. He said the company’s quarterly year-over-year revenue growth rate of 8% “is well below what we were expecting earlier this year.”

Retail brokerage firm Robinhood slashed 23% of its staff in August, after cutting 9% of its workforce in April. Based on public filings and reports, that amounts to more than 1,100 employees.

In June, Tesla CEO Elon Musk wrote in an email to all employees that the company was cutting 10% of salaried workers. The Wall Street Journal estimated the reductions would affect about 6,000 employees, based on public filings.

“Tesla will be reducing salaried headcount by 10% as we have become overstaffed in many areas,” Musk wrote. “Note this does not apply to anyone actually building cars, battery packs or installing solar. Hourly headcount will increase.”

Scientists Discover a Weird New Form of Ice That May Change How We Think...