When learning about the potential sky show tonight a few things came to mind like, “walk small and carry a big stick”, or “the little engine that could”. Why? Because astronomers are suggesting an eruption of meteors tonight from a small comet that most never saw or even knew about. Ironically, the name is called tau Herculids. That is a star named for Hercules, the strongest mortal in Greek mythology.

This even could bring as many as 1,000 meteors per hour!

Hubble’s Advanced Camera for Surveys took images of the disintegration of Comet 73P/Schwassmann-Wachmann 3’s fragment B.

There are times of the year we expect meteor showers like the Perseids in mid August, because they are consistent and it’s usually warm outside. Others include Orionids in October, located near the easily spotted Orion constellation, the Leonids in November, and Gemini’s in December… Which are usually too cold for may to even want to venture out for.

Now bring on Memorial Day 2022, and at least in the Mid Atlantic region we have a clear sky and summer heat. The weather will cooperate for what could be a spectacular event.  Here’s the set up:

A comet was discovered in 1930 by two German astronomers (Schwassmann/Wachmann), but it was small and not often seen with the naked eye. It orbited the sun every 5.4 years. There were a few years it was not seen, then in 1985 it went missing, only to show up again in 1990. Then in 1995 many reports of a comet seen with the naked eye let to the realization it was this same one that was broken up and closer to Earth.

This year, multiple scientists concluded that Earth will interact with dust from the initial break up in 1995. This infrared image from NASA’s Spitzer Space Telescope shows the broken Comet 73P/Schwassman-Wachmann 3 skimming along a trail of debris left during its multiple trips around the sun. The flame-like objects are the comet’s fragments and their tails, while the dusty comet trail is the line bridging the fragments. (Credit: NASA)

Overnight! If you want to see this, plan to lose sleep! Either stay up late or wake up around midnight.

1 AM EDT Tuesday Morning May 31

However, since this is a new event and we don’t know for certain, you may want to plan to be outside and see this between Midnight and 2 AM.

This map shows where on Earth the peak meteor outburst will be at 1 AM EDT (10 PM Monday PDT) over Baja California, Mexico.

From The Mid Atlantic Region…

Look about halfway facing West To Southwest. If you don’t have a compass, take note where the sun sets today. If you were to look at where the spot is, then turn where the corner of your left eye is located. If you really want to see this, don’t just peak outside quickly.   Stay outside for 10 to 15 minutes and let your eyes adjust to the dark. 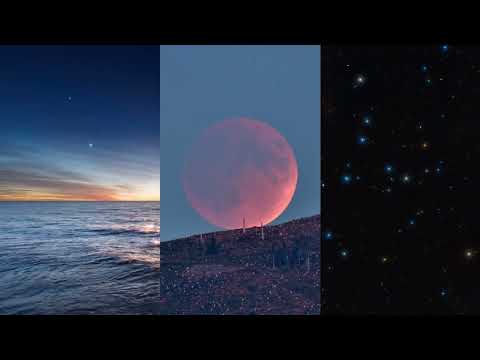 Weather posts straight to your inbox

May 22 Hail And Wind Damage In Case You Missed It..

*Disclaimer due to frequent questions:

I am aware there are some spelling and grammar typos. I have made a few public statements over the years, but if you are new here you may have missed it:

I have dyslexia, and found out at my second year at Cornell.  I didn’t stop me from getting my meteorology degree, and being first to get the AMS CBM in the Baltimore/Washington region.

I do miss my mistakes in my own proofreading. The autocorrect spell check on my computer sometimes does an injustice to make it worse.

All of the maps and information are accurate. The ‘wordy’ stuff can get sticky.

There is no editor that can check my work when I need it and have it ready to send out in a newsworthy timeline.

It’s part of my charm.

Many US companies move to pay travel costs for employees seeking abortions | US...