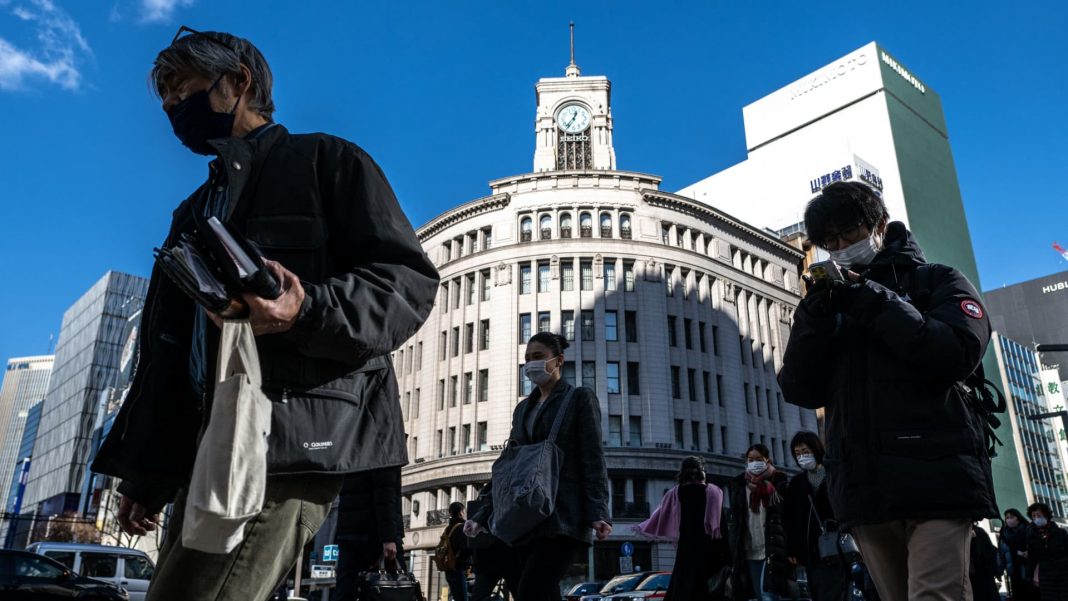 People cross a street in Tokyo’s Ginza district. The Bank of Japan left its monetary policy unchanged on Wednesday.

The Japanese currency weakened against the U.S. dollar after the Bank of Japan surprised markets by keeping its yield curve tolerance band unchanged.

The Japanese yen weakened 2.6% against the U.S. dollar after the decision was announced and last stood at 131.47, hovering at its strongest levels since June, 2022.

“Japan’s economy is projected to continue growing at a pace above its potential growth rate,” the Bank of Japan said in a statement. The central bank left its interest rate unchanged at an ultra-dovish -0.1% – in line with expectations and maintaining the same rate it’s kept since 2016.

The decision to make no changes to its monetary policies comes after the central bank caught global markets off guard in its previous meeting by widening its tolerance range for the yield on its 10-year government bond from 25 basis points to 50 basis points in December.

The yield on the 10-year JGB exceeded the upper ceiling of its band for a fifth straight session on Wednesday morning before dropping to 0.385%.

Nomura head of FX strategy Yujiro Goto said while the move would be a disappointing one for traders bullish on the Japanese yen, the weakening of the currency may be temporary.

“I think the initial reaction [for the yen reaching] 130 to 131, or potentially 132 is a knee-jerk reaction after the ‘no change’ today,” he said on CNBC’s “Street Signs Asia.”

“In the medium term, over the next 2-3 months, I think the trend for the yen should be still on the downside towards 125, even after the disappointment today,” he said,

Goto said the currency will strengthen on hopes of a policy shift in the near-term future, highlighting the nearing end of BOJ Governor Haruhiko Kuroda’s term.

“Markets should keep expecting [the BOJ] to tweak or change [its] monetary policy after some point, especially after Kuroda’s retirement,” he said.

Shigeto Nagai of Oxford Economics said the BOJ’s move to widen its band “fueled” expectations for more changes ahead.

“Today, the BOJ really wanted to calm down that speculation and anticipation for normalization,” he said, adding the central bank will continue to be pressed for change.

As inflation continues to rise in Japan, the central bank will face further pressure ahead of its leadership change.

“Inflation in Japan is doing something that it hasn’t done for 40 years,” Viraj Patel of Vanda Research said in a tweet, adding that the Bank of Japan risks “falling into” the same trap as the U.S. Federal Reserve in labeling inflation as “transitory.”

The Bank of Japan used wording that was similar to the Fed’s description of inflation before the U.S. central bank began continuously hiking rates to tame rising prices, describing it as “pass-through.”

“The year-on-year rate of increase in the consumer price index is likely to be relatively high in the short run due to the effects of a pass-through to consumer prices of cost increases led by a rise in import prices,” the central bank said in its latest statement.

The Bank of Japan revised its forecasts for 2023’s core inflation nationwide from 2.9% to 3%. Nationwide inflation data is expected Friday.