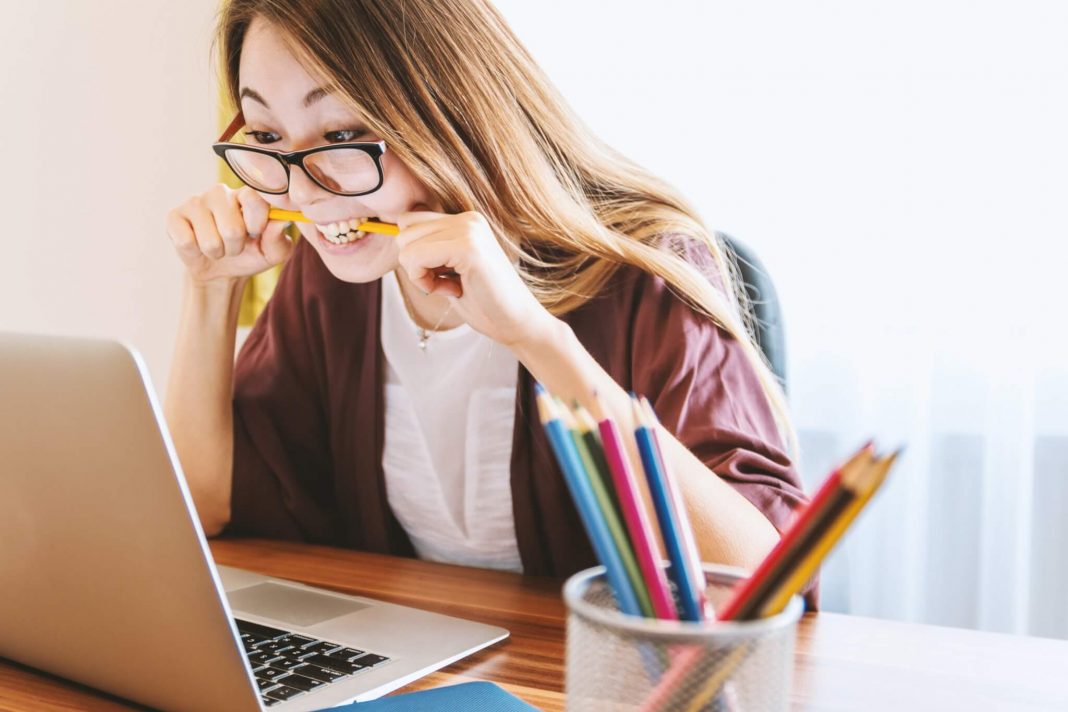 TUCSON, Ariz. — The next time you need to proofread a sensitive document, or a friend asks you to look over an important email for them, it may be a good idea to reflect on a few things in life that make you especially angry. Sounds like an odd strategy, but fascinating new findings from the University of Arizona has found that when we’re in a bad mood, we actually tend to identify literary, or written, inconsistencies in a faster manner.

These findings, which build on prior research investigating how the brain processes language, come via Vicky Lai, an assistant professor of psychology and cognitive science at Arizona. The research team originally set out to analyze and better understand how people’s brains react to language when they are in a happy mood as opposed to being in a negative mood.

“Mood and language seem to be supported by different brain networks. But we have one brain, and the two are processed in the same brain, so there is a lot of interaction going on,” Prof. Lai says in university release. “We show that when people are in a negative mood, they are more careful and analytical. They scrutinize what’s actually stated in a text, and they don’t just fall back on their default world knowledge.”

‘Mood matters’ when we perform tasks

The research team influenced subjects’ moods by showing them either clips from a sad movie (“Sophie’s Choice”) or a funny television show. (“Friends”). A digital survey gauging participants’ moods both before and after watching the clips was given. The funny clips didn’t appear to influence participants’ moods all that much, but the sad clips did put subjects in a worse state of mind.

Next, participants were tasked with listening to a series of emotionally neutral audio recordings consisting of four-sentence stories, each featuring a “critical sentence” either supporting or violating default, or familiar, word knowledge. Each critical sentence was displayed on subjects’ screens one word at a time. Meanwhile, as that was happening, participants’ brain waves were monitored by EEG.

A more specific example: Study authors showed participants a story focusing on driving at night that ended with the critical sentence “With the lights on, you can see more.” Another story centered on stargazing had a similar critical sentence reading “With the lights on, you can see less.” While that statement is indeed accurate when it comes to staring at the night sky, the general notion that turning on a set of lights results in less visibility is a much less familiar concept that defies default knowledge.

Additionally, versions of the stories were also shown in which the critical sentences were swapped. Consequently, these revised statements did not gel with the context of the story. So, for instance, the story about driving at night would include the sentence “With the lights on, you can see less.”

Then, study authors examined how subjects’ brains reacted to the inconsistencies, depending on their moods. This led to the discovery that when subjects were in a bad mood, they displayed a variety of brain activity closely associated with re-analysis. “We show that mood matters, and perhaps when we do some tasks we should pay attention to our mood,” Prof. Lai adds. “If we’re in a bad mood, maybe we should do things that are more detail-oriented, such as proofreading.”

It’s good to be grumpy, sometimes

“These are the same stories, but in different moods, the brain sees them differently, with the sad mood being the more analytical mood,” Prof. Lai notes.

The actual research for this project was conducted in the Netherlands, meaning subjects were native Dutch speakers. Still, Prof. Lai posits these findings translate across a wide spectrum of languages and cultures.

It’s important to mention that this study only featured women. Prof. Lai and her colleagues wanted to align their study with existing literature that had only used female participants. Future studies should include men as well. In the meantime, however, Prof. Lai and her colleagues believe mood may affect us in far more ways than previously thought.

“When thinking about how mood affects them, many people just consider things like being grumpy, eating more ice cream, or – at best – interpreting somebody else’s talk in a biased way,” concludes study co-author Jos van Berkum of the Netherlands’ Utrecht University. “But there’s much more going on, also in unexpected corners of our minds. That’s really interesting. Imagine your laptop being more or less precise as a function of its battery level – that’s unthinkable. But in human information processing, and presumably also in (information processing) of related species, something like that seems to be going on.”

The study is published in Frontiers in Communication.