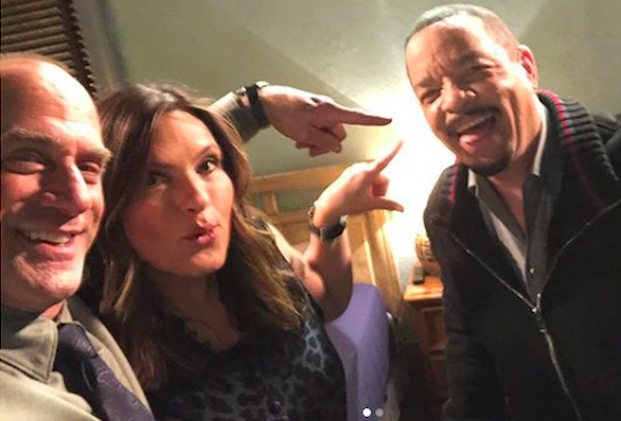 Two veterans of Dick Wolf’s Law & Order universe are getting out ahead of a forthcoming tabloid report alleging a feud between the pair.

Longtime Law & Order: SVU cast member Ice-T posted on Twitter Monday a letter he claims was sent to him by The National Enquirer, in which the tabloid requests comment on a forthcoming story stating that he and co-star Chris Meloni “are feuding since the latter’s [2021] return to the franchise” via Law & Order: Organized Crime.

“Sources told The Enquirer that the former rapper has grown envious of the attention that Mr. Meloni has received since coming back,” the missive continued.

Ice-T shared the purported email with Meloni, who had this tongue-in-cheek reaction via Twitter: Ice-T “was kind enough to let me know we were feuding.”

Prior to reprising his role as Stabler in Organized Crime, Meloni spent 12 seasons on SVU, 11 of them opposite Ice-T. Both actors have remained in each others’ orbit courtesy of NBC’s semi-regular SVU/Organized Crime crossover events.

TVLine has reached out to The National Enquirer for comment.