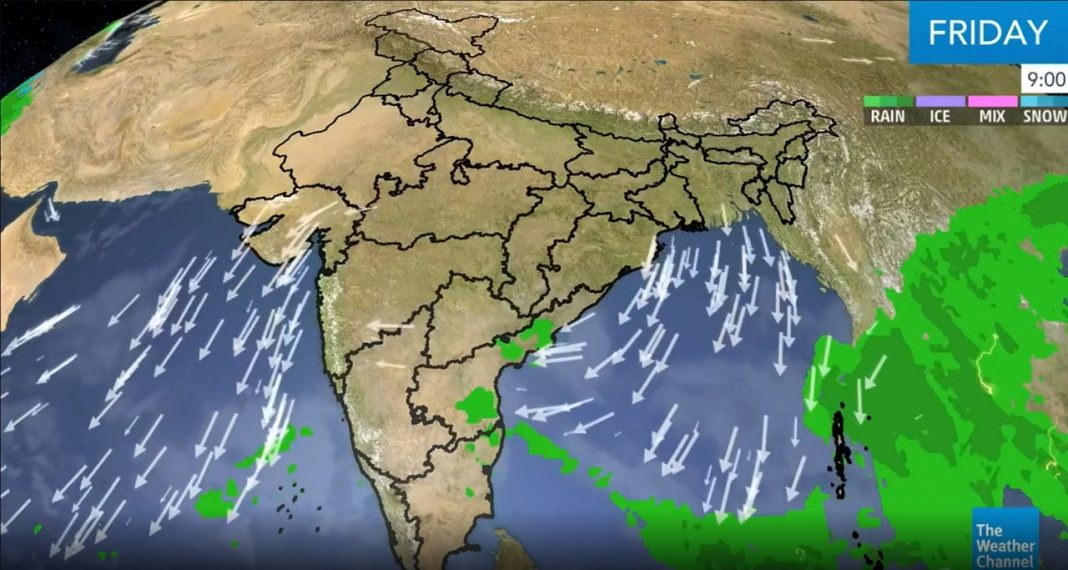 Severe Cyclonic Storm “Mandous” off the east of Tamil Nadu will continue to travel west-northwest and will make landfall around Chennai from Friday late night to Saturday dawn, with its strength weakened into the Cyclonic Storm.

Under the influence of this system, very heavy rain and gale are also possible over south Coastal Andhra Pradesh, north Interior Tamil Nadu and Rayalaseema on December 9-10. Light to moderate rainfall will occur at most places across north coastal Tamil Nadu and Puducherry. Heavy rainfall is expected over South Interior Karnataka and Kerala on December 9 and 11. Widespread rains and thunderstorms may occur over the southern half of the subcontinent after the system landing, on December 11.

Meanwhile, a feeble western disturbance is present over Kashmir and will result in scattered light/moderate rainfall/snowfall likely over Jammu-Kashmir, Ladakh and Himachal Pradesh till December 10.

As for mercury, the maximum temperature will be higher than normal over much of the North East, at least until later December.

For weather, science, and COVID-19 updates on the go, download The Weather Channel App (on Android and iOS store). It’s free!