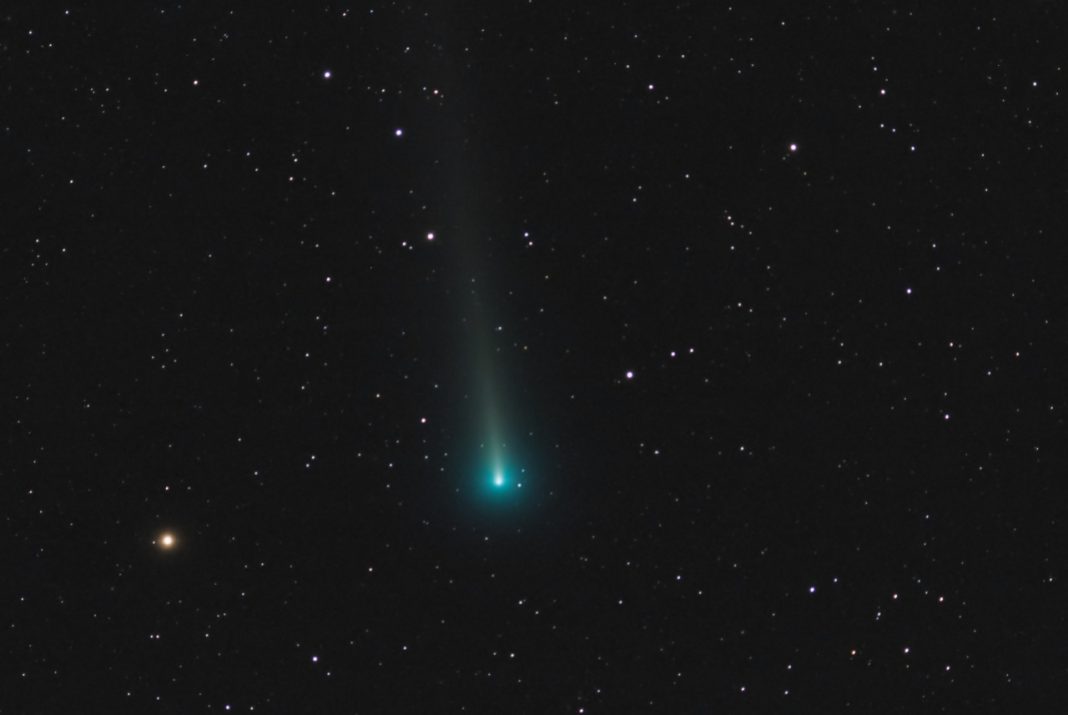 The comet, which last passed through our solar system a little more than 50,000 years ago, reached its perihelion (or its closest point to the sun) on Jan. 12, when it was within 100 million miles of the sun, according to NASA’s Jet Propulsion Laboratory.

On Feb. 2, the comet will only be about 26 million miles from Earth. This is the closest it has passed since the Upper Paleolithic era, an epoch of human history when Homo sapiens are believed to have left Africa and settled in Asia and Europe.

To put it into perspective, Neanderthals still walked the Earth the last time the comet passed over.

According to NASA, predicting the brightness of a comet is difficult. NASA said that if it continues to brighten, it should be visible with the naked eye. It’ll also be bright green.

Viewers may be able to see the comet with the naked eye, but binoculars or a telescope will be the best bet.

How was the E3 comet discovered?

Discovered by astronomers Bryce Bolin and Frank Masci at the Zwicky Transient Facility in March 2022, the E3 comet was first spotted near Jupiter. It was initially believed to be an asteroid, according to Space.com.

As it traveled closer to the sun, it grew brighter. Comets do this as the heat of the sun causes frozen dust and gas beneath the surface to be released. Sunlight reflects off of these gases, giving them the appearance of tails.

What were humans doing the last time C/2022 E3 passed by?

It’s been 18,930,412 days since the comet last completed its orbit, according to data released by NASA’s JPL. At that time, Homo erectus, the predecessor to Homo sapiens, and Neanderthals were using stone tools.

Some settlements were believed to have existed in valleys. The first bladed weapons were invented, as well as the fish hook and rope.