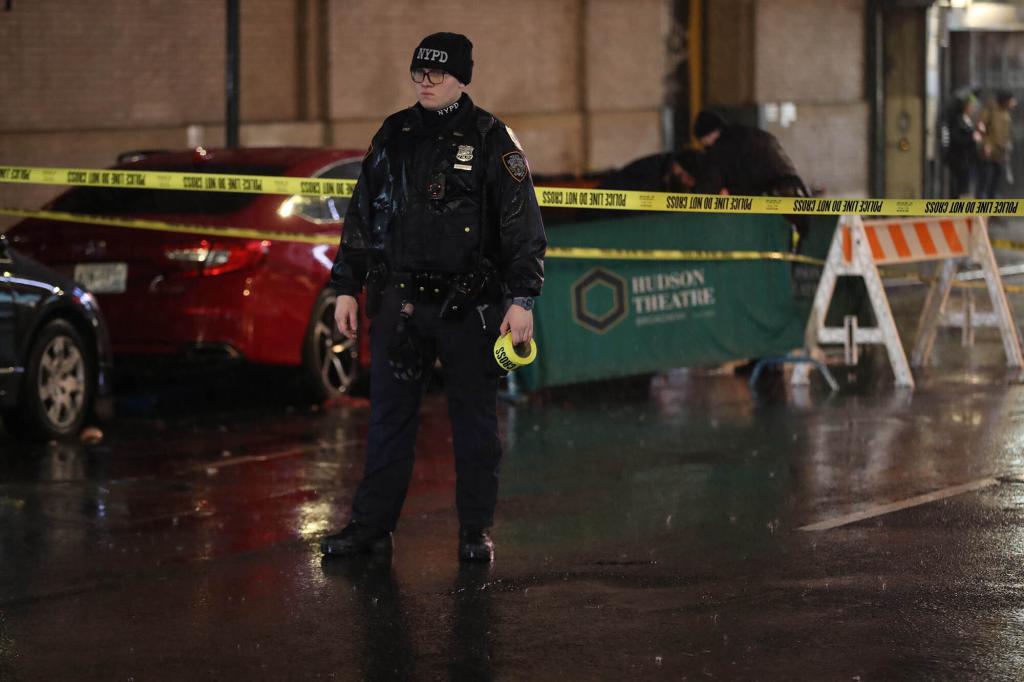 The founder of an investment firm plunged to his death from a Manhattan rooftop bar on Wednesday night, cops and law enforcement sources said.

The 46-year-old man plummeted from Bar 54 at the Hyatt Centric Times Square New York in front of at least two witnesses around 6:30 p.m., police and the sources said.

He landed on the street below and was pronounced dead on scene, cops said.

Two people at the rooftop bar told police that the man jumped off the building, sources said. One woman called 911 saying she heard a loud noise.

The death is being investigated as a suspected suicide, an NYPD spokesperson said

Law enforcement sources told The Post that police were called to his home twice in 2008 over domestic disputes with his wife. One of the arguments was over finances.

Court records show that the couple had filed for divorce on Tuesday.

Sources said the man was a founder and partner at a Connecticut-based investment company.

“We are truly heartbroken at the situation that occurred this evening outside our rooftop bar, and we are keeping the victim’s family and friends in our thoughts and hearts,” Tom Blundell, the general manager of Hyatt Centric Times Square, said in a statement.

“We are working closely with local authorities. The safety and wellbeing of all our colleagues, hotel guests and Bar 54 guests remains a top priority, and at this time, as a result of this tragic incident, we will keep the door to the bar’s outdoor space locked at all times,” Blundell said through a spokesperson.

This is the second time in less than four months a person plunged from the same hotel bar.

In October, aspiring model Elizabeth Gaglewski, of Queens, fell from Bar 54 before hitting a 27th-floor balcony, the NYPD said. Staff tried to swoop in and stop the 26-year-old woman from falling as she stood on the ledge, sources told The Post in October.

Gaglewski was remembered as “sweet and loving” by family.

“She was just a good person, a sweet and loving, caring kid,” her uncle Tony Smith told The Post last year.

If you are struggling with suicidal thoughts or are experiencing a mental health crisis and live in New York City, you can call 1-888-NYC-WELL for free and confidential crisis counseling. If you live outside the five boroughs, you can dial the 24/7 National Suicide Prevention hotline at 988 or go to SuicidePreventionLifeline.org.