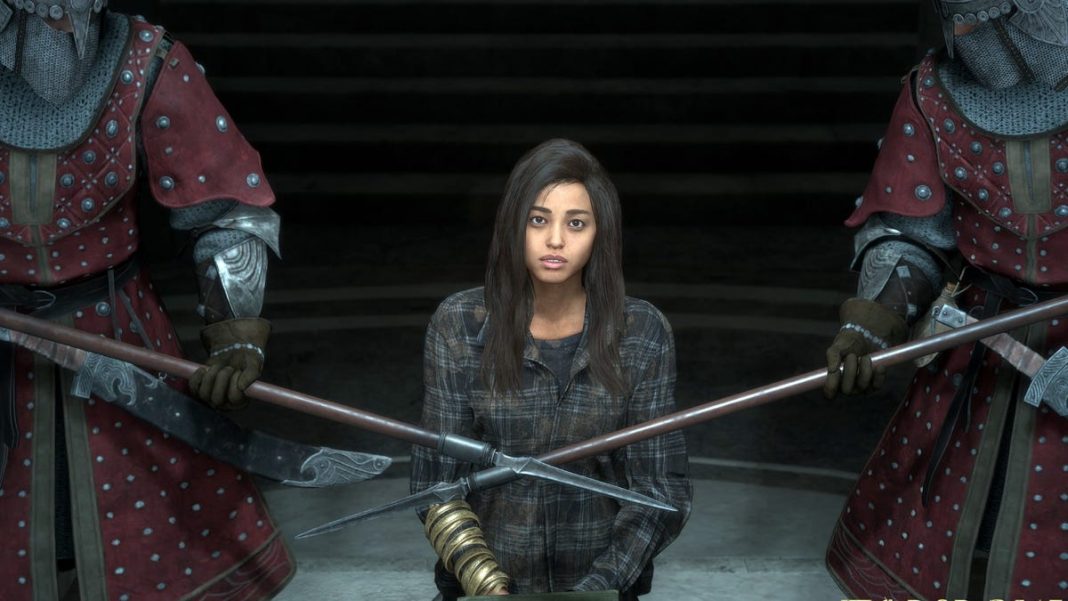 Published by Square Enix, Forspoken is a movement-heavy, open-world action RPG. You play as Frey Holland, a New Yorker who gets transported to the magical world of Athia where evil sorceress queens rhyme with enough frequency to probably write an entire rap album. The game, is getting mixed reviews from critics, holding a score of 68 on Metacritic and 69 on Open Critic. But it’s not just Forspoken’s Whedon-esque dialogue that’s drawn the internet’s ire.

Read More: Everyone Who Worked On A Game Should Be In The Credits

In their tweet is an image of Forspoken’s end credits, showing subcontractors, such as Dynamo Pictures and Opus Studio Inc. named among just four individual people (three for the localization division, one for the QA division). Anyone else who worked on Forspoken as part of these two teams doesn’t seem to appear anywhere in the game’s credits.

Officially-licensed socks
Sock Affairs wants you to enrobe your feet in their officially licensed socks with art from Pink Floyd and AC/DC records.

Read More: How Game Companies Use Credits To Reward, Or Punish, Developers

“In Forspoken by [Luminous Productions] and [Square Enix], translators are not in the credits,” Loc in Credits, a Twitter account dedicated to following and posting about the hashtag #TranslatorsInTheCredits, tweeted. “Local Heroes worked on AR/PT-BR/RU text according to their website. I don’t know about the others and there could be names I missed on the list.”

The hashtag has gained traction as other games or gaming-related media have fallen short of giving everyone their due acknowledgement. The problem has plagued The Callisto Protocol, Persona 3 and 4, and HBO’s The Last of Us television show, as TheGamer points out.

“This is just not acceptable,” Twitter user CWDGH said, sharing a picture of the four individual people named from the game’s localization and quality assurance divisions. “Countless people that have worked on Forspoken have been snubbed in the credits. Three people mentioned for localization, one person for QA. Ridiculous.”

As Kotaku has previously stated, everyone who worked on a game, whether that’s writing code, localizing language, or producing art, should appear in the end credits, regardless of whether or not they’re still employed at the studio. Erasing their names is akin to erasing their contributions to the project, which in turn could hurt their future prospects and aspirations. Everyone’s effort should be valued, and crediting is one of the many ways to do that.