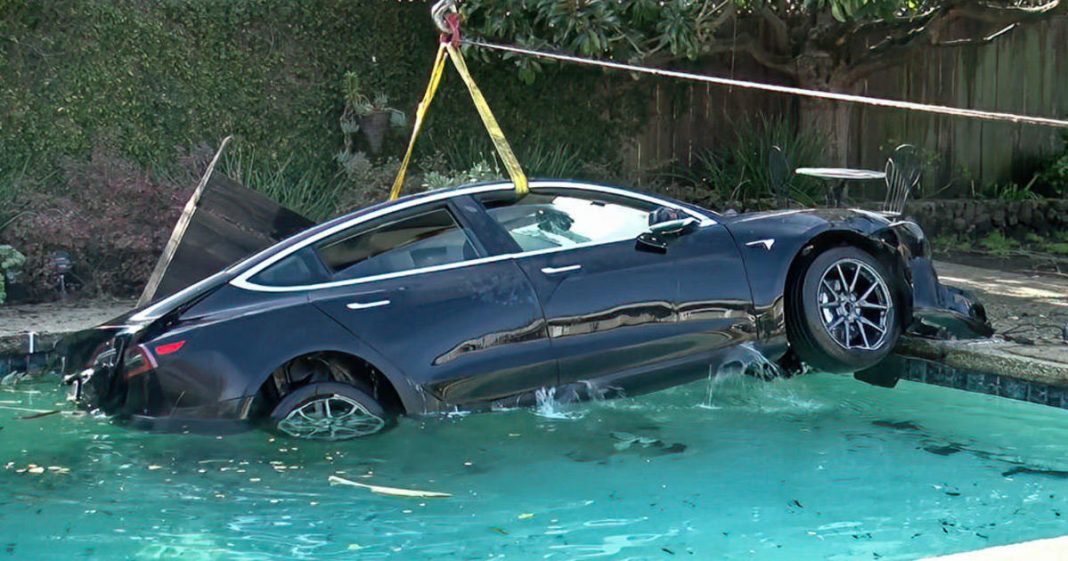 SAN RAFAEL — The driver of a Tesla died after she crashed through a fence and into a swimming pool at a home in San Rafael Saturday.

A woman was heading west on Point San Pedro around 7 a.m. Saturday when her Tesla left the roadway and ran into the pool outside a residence on Bonnie Banks Way, according to CHP officer Darrel Horner.

According to Horner, the woman was not wearing a seat belt.

San Rafael police and San Rafael fire department were first to arrive at the scene and the driver was pronounced dead, Horner said.

It is not yet known if the Tesla was in self-driving mode at the time of the crash.

No one in the home was hurt and damage was confined to the pool area.

Thanks for reading CBS NEWS.