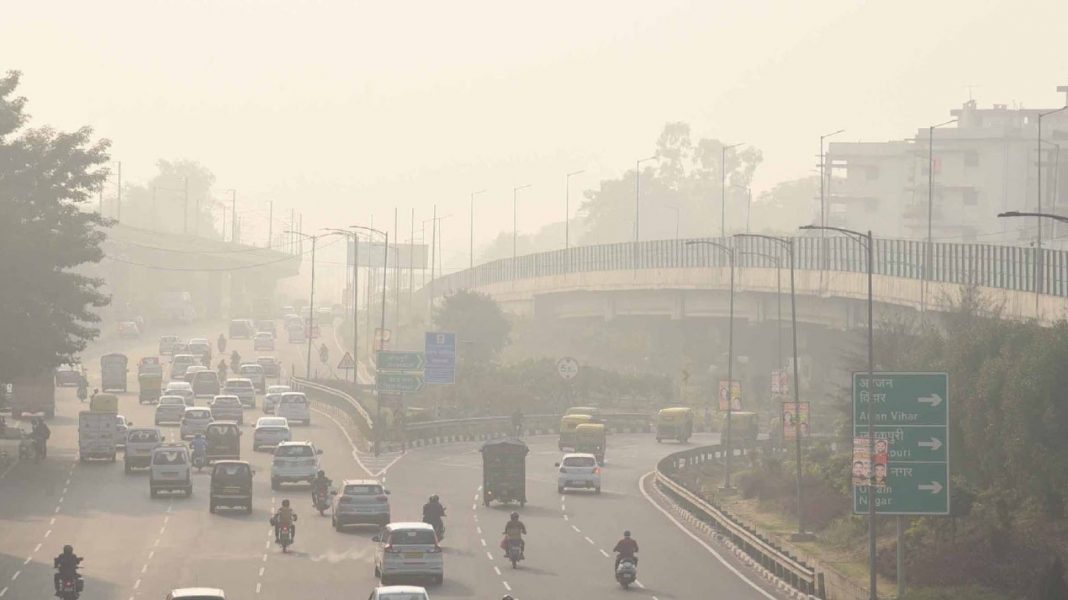 On Tuesday morning, the national capital’s air quality continued to be under the “very poor” category as the AQI was recorded at 321.

According to the System of Air Quality and Weather Forecasting And Research (SAFAR), the city’s overall Air Quality Index (AQI) was recorded at 321 in the “very poor” category this morning. The concentration of both PM2.5 (very poor) and PM10 (moderate) in the environment stood at 321 and 196, respectively, on Tuesday.

As per the SAFAR forecast, the city’s air quality will continue in the “very poor” category with slight improvement, with AQI escalating to 310 on Wednesday.

Meanwhile, to prevent further deterioration of the air quality, the Sub-Committee for operationalisation of the revised GRAP on Sunday invoked the Stage III of the GRAP with immediate effect in the Delhi-NCR, in addition to all action under Stage I and Stage II of the GRAP.

Based on it, the transport department of the Delhi Government restricted the entry of BS-III, Petrol and BS- IV Diesel LMVs (4-wheelers) in the NCT of Delhi, with immediate effect on Monday.

The air quality index at Pusa, Lodhi Road, and Mathura Road was recorded as 324, 303 and 266, respectively, in the very poor and poor category this morning as per the SAFAR system.