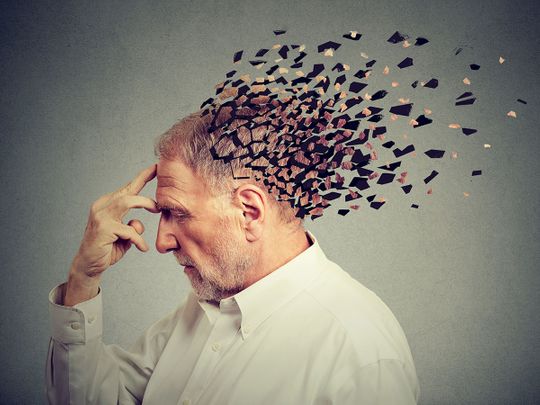 Biogen Inc. and Eisai Co. caused a stir in September when they announced positive results in a late-stage trial for a closely watched Alzheimer’s drug, lecanemab. Doctors tempered their excitement, though, until they could scrutinise the full peer-reviewed data.

That data arrived a few days ago. And while it is stoking enthusiasm that physicians might soon be able to offer patients a treatment that can slow the progression of the devastating disease, doctors need to carefully balance that optimism with safety concerns and the reality that the drug is far from a cure — and in fact, it’s hard to quantify how meaningful it might be for a given patient.

The Food and Drug Administration appears likely to approve lecanemab early next year, capping a decades-long slog to get a drug that works, albeit modestly, by addressing one of the underlying causes of Alzheimer’s.

Now comes the next slog: getting answers on still critical unknowns about the drug. Like how much will this drug meaningfully change the day-to-day lives of patients and their caregivers? Will that benefit outweigh the small risk of its more serious side effects when it’s being used in the real world? And will it be enough to justify the cost of what is likely to be an expensive therapy?

“Will it slow [the disease] down? Yes. Will it slow it down by an amount that probably matters to an average patient or family? Yeah, I think so,” said Randall Bateman, the Charles F. and Joanne Knight distinguished professor of neurology at the Washington University School of Medicine in St. Louis. Bateman is a principal investigator in a trial exploring the combination of lecanemab with a drug that targets tau, another protein that clumps together in the brains of people with Alzheimer’s disease.

The initial excitement about lecanemab mounted in September when Biogen and Eisai put out a press release saying that the drug, which works by clearing out the amyloid plaques that clog the brains of people with Alzheimer’s, slowed down the progression of the disease by 27%.

But in a field that has experienced many failures and controversies — notably the disputed approval of Aduhelm, another drug from Biogen and Eisai, based not on its efficacy but its amyloid-busting abilities — some experts were holding off on celebrating until they saw the details.

Those results were unveiled Tuesday night at an Alzheimer’s conference in San Francisco and simultaneously published in the New England Journal of Medicine. They showed the drug powerfully lowered levels of amyloid and affirmed that 27% improvement on a test that measures factors such as memory, judgement and personal care, and benefits on secondary measures related to function and cognition.

The drug also seemed to slow the erosion of patients’ quality of life. While that is not the main consideration when the FDA considers its approval, those measurements are critically important to families. The overall improvement demonstrates the drug may offer meaningful benefits to patients, care partners, and society. .

Of note, the drug’s modest benefits, whether related to cognition or quality of life, seemed to accrue over time. That makes Alzheimer’s experts hopeful that examining data well past the 18 months covered by the trial might amplify its efficacy.

But those positives might be outweighed for some by concerns about the drug’s safety. The drug did cause brain swelling and bleeding in some people who received the drug in the trial, a side effect that can mostly be managed but will surely be weighed by physicians and their patients. And the risk associated with taking blood thinners could further complicate who will be eligible to take lecanemab.

None of this means lecanemab won’t be worthwhile. But there’s still much work to be done to understand for whom it will be a good fit, and, in the end, what that will even mean in patients’ daily lives.

By showing that getting rid of amyloid can alter the course of Alzheimer’s, lecanemab is clearly a scientific breakthrough. But it’s therapeutic impact is yet to be seen.

Lisa Jarvis is a columnist covering biotech, health care and the pharmaceutical industry